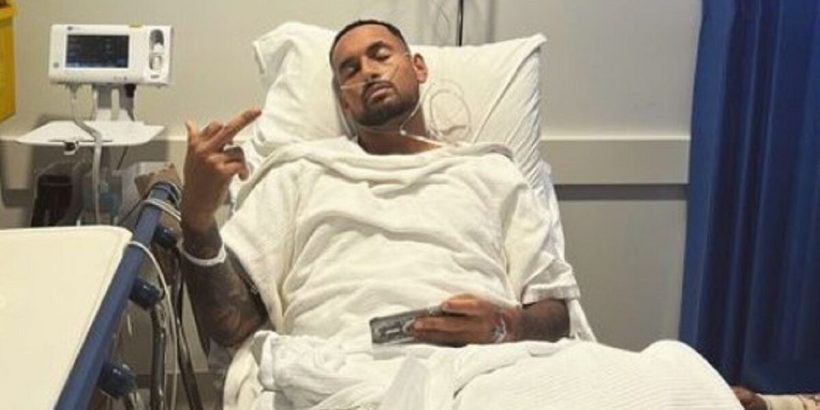 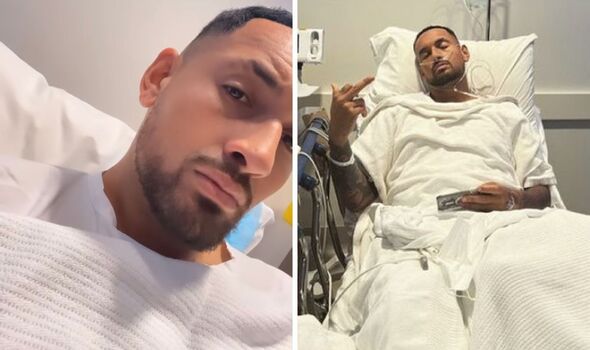 Nick Kyrgios has undergone knee surgery seven days after being forced to pull out of the Australian Open. The world No 21 shared an X-rated photo of himself showing the middle finger in his hospital bed as he confirmed that the procedure to remove a cyst was successful and is now hoping to be back in time for the Indian Wells Masters.

“Surgery complete,” the seven-time title winner wrote after an arthroscopic procedure to clean up his lateral meniscus and remove the paralabral cyst. “I’ll be doing everything I can do to get back to my best. To the real ones checking in and sending the vibes…. I love you.”

The operation comes exactly one week after the Wimbledon finalist announced his decision to withdraw from the Australian Open in a press conference. Kyrgios had pulled out of two warm-up tournaments with an ankle injury but by the time that had healed, he discovered he was dealing with a much more severe problem in his knee.

He underwent an MRI ahead of the tournament, with his physio Will Maher telling reporters: “There’s a parameniscal cyst growing in his left meniscus, which is the result of a small tear in his lateral meniscus.

“It’s not a significant injury in the sense that it’s going to be career threatening or anything like that. Even at that stage it was still worth persevering to see if we could do anything to get him back on court.”

Maher also confirmed that the recovery wouldn’t be too difficult with a view of returning for the ‘sunshine double’ of Masters 1000 tournaments in March. “From there it’s a relatively straightforward recovery through February for him, and very realistic to be back on the court for Indian Wells,” he added.

Kyrgios has made it no secret that he is hoping to win a Grand Slam title and thought he could be a big contender at his home tournament before injury forced him out. But the world No 21 has already committed to returning to the French Open for the first time since 2017, giving him another shot before he returns to the site of his maiden Major final at Wimbledon.

“The French Open is still definitely on my calendar,” he told The Age. “It’s a Grand Slam and that’ll be something I want to play. I’ve had that in the back of my mind now for the last six months. I knew Coz wants to see Paris and the French Open is there so that’s something I’ll prepare for sure.”