Nick Kyrgios and Rafael Nadal were both rocked by the passing of NBA legend Kobe Bryant before their Australian Open clash.

NBA fanatic Kyrgios was devastated by the news and donned a ‘Bryant 8’ Los Angeles Lakers jersey for his warm-up.

He then gave an emotional speech about how the loss affected him throughout the thrilling tie with the world No 1.

“No, I never met Kobe,” Kyrgios said. “But basketball is practically my life. I watch it every day. I’ve been following it for as long as I can remember.

“When I woke up to the news, it was pretty emotional. It was pretty heavy, like, all day.

“Obviously I was having basketball on at my house, watching the games. I was heavy. Yeah, it’s just tough. It’s horrible news.” 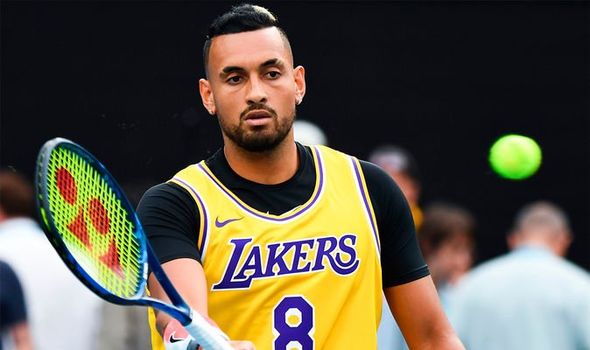 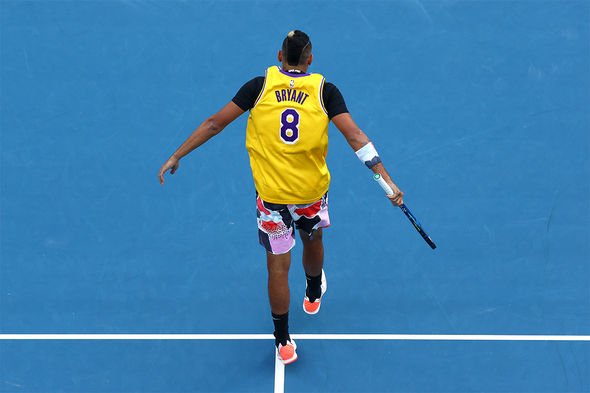 Kyrgios had to wipe away tears as he walked on to Rod Laver Arena just as a tribute to Bryant was finishing up.

But the world No 26 insists the heartbreak did not affect his performance in a negative way.

“When I was down a break in the fourth, I was definitely thinking about it. I fought back.

“Rafa was really good tonight. Played too good. I mean, I had chances. I was a couple of points away from the third set and the fourth set. It happens. I mean, if anything, it helped me today.”

Kyrgios had worn Lakers jerseys in practice and press conferences during the first week of the Australian Open.

And he hailed the five-time NBA champion as the world of sport mourned the loss of a true legend.

He continued: “I mean, I’m a Celtic fan. When I saw Kobe do what he does, break the hearts of so many Celtics fans, it was tough to see. 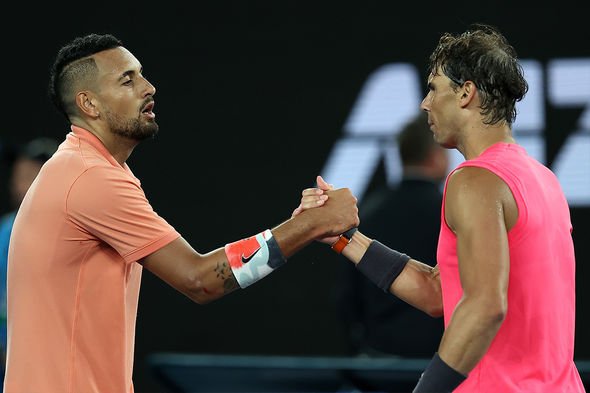 “I don’t think they make them like him any more. He was different, the way he trained, the way he did things, the way he played. He was special.

Meanwhile, Nadal also spoke of Bryant’s impact on the world during his on-court interview.

“What can I say? I wake up this morning with this terrible news,” the 33-year-old said. “I am super sad. He had been one of the greatest sportman in the history. He deserves a round of big applause.

“I didn’t spend time with him but I met him. I had a very good friend who played with him and he always told me his spirit of overcoming and a hard worker.

“He always wanted more and wanted to increase his level. He is a true inspiration for the world of sport.

“It is one of those days you want to forget but of course Kobe Bryant will be in our hearts and minds for the rest of our lives.”