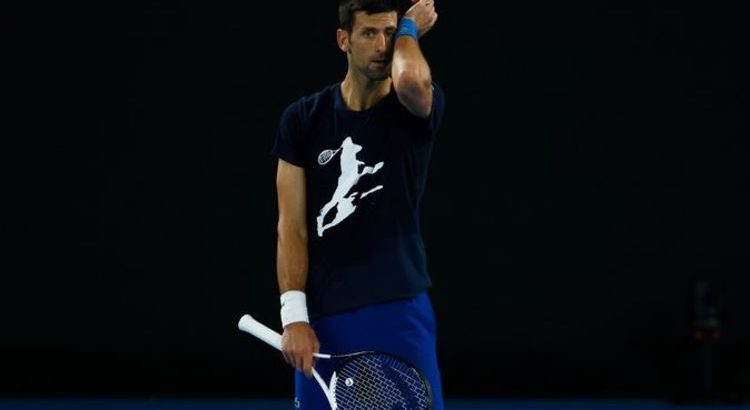 Novak Djokovic could still play the Australian Open without needing to win an appeal against his visa cancellation, but would face being deported during the tournament. Immigration Minister Alex Hawke announced on Friday that he was revoking the world No 1’s visa “on health and good order grounds” and “in the public interest”. Djokovic’s lawyers are now expected to lodge an injunction that would see the Serb compete next week, but it could backfire and result in him being booted out of Australia.

The world No 1 already had his visa revoked when arriving in Melbourne last week, but won an appeal on Monday after the federal government conceded they had not used “procedural fairness” when cancelling his visa as they failed to give Djokovic enough time to gather more proof of his medical exemption.

But Mr Hawke still had personal powers to deport the nine-time Aussie Open champion, with his decision delayed for several days after Djokovic’s lawyers provided him with more evidence and documents on Wednesday.

In a statement released on Friday, the Immigration Minister confirmed the decision and said: “Today I exercised my power under section 133C(3) of the Migration Act to cancel the visa held by Mr Novak Djokovic on health and good order grounds, on the basis that it was in the public interest to do so.

“This decision followed orders by the Federal Circuit and Family Court on 10 January 2022, quashing a prior cancellation decision on procedural fairness grounds.

“In making this decision, I carefully considered information provided to me by the Department of Home Affairs, the Australian Border Force and Mr Djokovic.”

His decision means the 20-time Grand Slam champion will now be deported form the country ahead of the Australian Open, which begins in three days.

But the Serb may still be able to compete in the tournament next week, although it would be a risky move that could see him kicked out of Australia part-way through the Australian Open.

Djokovic’s lawyers will be able to appeal the decision to cancel his visa, like they did the first time around, but this time can also apply for an injunction that would allow the world No 1 to compete in the season-opening Grand Slam pending a trial.

Last week, top Australian lawyer Peter Quill explained there was “a pretty good chance he [Djokovic] will be playing at the Australian Open”, by being granted an interlocutory injunction, which would prevent his deportation so the case can be heard properly.”

While the 34-year-old could get lucky and be granted an injunction with a judicial review scheduled for after the tournament, it is more likely an immediate injunction would be given instead, allowing the top seed at the Aussie Open to play his first-round match against Miomir Kecmanovic, with a trial scheduled for next week.

It could prove controversial if Djokovic starts playing in the Australian Open, defeats his opponents and is forced to leave the country midway through the tournament.

His lawyers could also choose not to respond, as the Serb now faces a three-year ban on applying for another visa to the country unless there are “compelling circumstances that affect the interests of Australia”.

The ban is not automatically applied, but it would be assumed that the government would not be favourable to Djokovic if he fights his visa cancellation once again.

If Djokovic accepts the decision and gets on a plane to leave Australia, he would hope that the government do not apply the three-year visa ban to him, allowing him to return and compete next year.