Novak Djokovic and Roger Federer were kept apart for the initial stages of next week’s Nitto ATP Finals in London after Rafael Nadal made a late withdrawal from the season-end championships.

The French Open champion and world No 2 joined the injured Juan Martin Del Potro on the absentee list after announcing that he had undergone a procedure to remove some loose matter from his ankle.

His no-show at the 02 Arena ensures that Djokovic will finish the year as world No 1 for the fifth time. 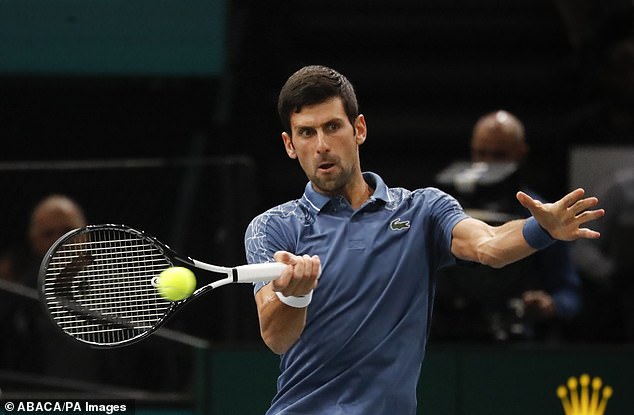 ‘It is true that we had detected for some time and occasionally bothered me,’ said Nadal via social media.’

‘However, since the problem in the abdominal muscle also prevents me from playing in London, we take the time to remove the free body and avoid future problems. This way I hope to be in full condition for next season.

‘Unfortunately I had the abdominal problem in Paris last week and I also have a free body in the ankle joint that has to be removed in the operating room.’ 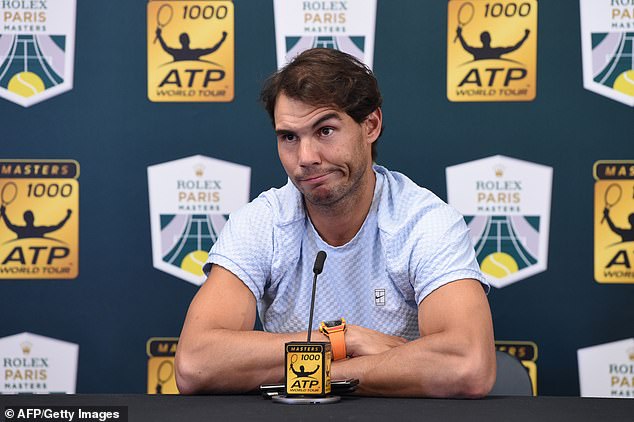 Nadal’s withdrawal came less than 24 hours after ATP officials were confidently briefing that he would be in the draw and arriving in London this Thursday.

However, it fits in with a pattern of him physically struggling at this stage of the season, which has been compounded by him having particular problems on hard courts this year.

He has qualified for the year-end finals 14 times, but has pulled out on seven occasions either before or during the event. He has withdrawn or retired from 11 of the 12 hard court events in 2018 that were due to see his participation.

The direction of travel as he heads into his mid-30s seems to be for him to be restricting himself more and more to clay, which is the most natural and forgiving surface for his body. 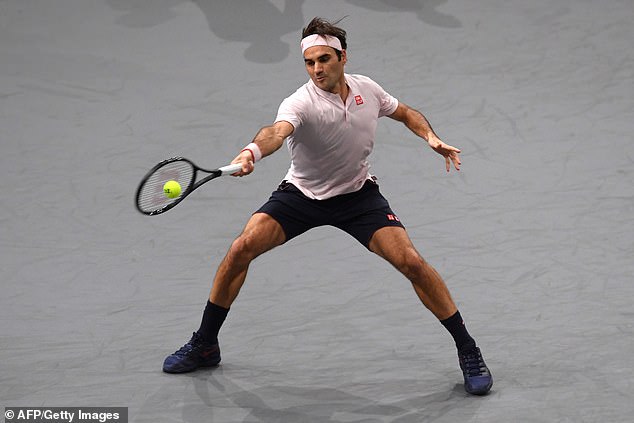 American giant John Isner comes in to replace Nadal, making him a first time qualifier for the elite eight man event at the age of 33.

He was placed in the same group as Djokovic but avoids Kevin Anderson, against whom he had a six hour 36 minute semi-final at Wimbledon.

Anderson will face Federer, who he beat in the quarter finals at SW19. The Serb will have to emerge from the land of the big-serving giants if he is to make the semi-finals as one of the top two from the Gustavo Kuerten Group.