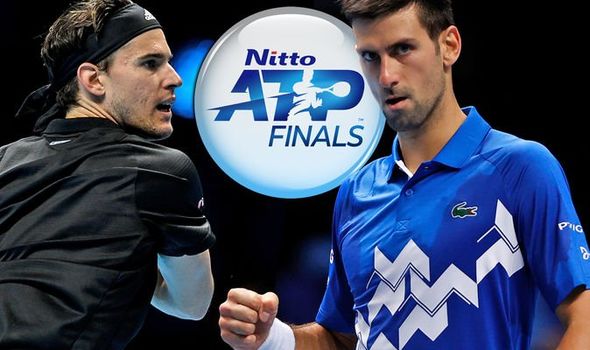 Novak Djokovic is hopeful of getting revenge on Dominic Thiem when the duo meet in the semi-finals of the ATP Final on Saturday. The Serbian, a five-time Finals winner, is into his ninth semi-final at the year-end tournament after defeating Alexander Zverev in straight sets.

Adding to his victory over Diego Schwartzman, it means Djokovic progresses from Group Tokyo 1970 despite losing to Daniil Medvedev, who faces Rafael Nadal in the other semi-final.

And it sets the world No 1 up for another O2 showdown with Thiem having lost to the Austrian in the groups at this same event last year.

Djokovic was beaten by both Roger Federer and Thiem and failed to reach the final four, with Stefanos Tsitsipas going on to win.

The 17-time Grand Slam champion has lost four of his 11 meetings with Thiem though got the better of the 23-year-old in five sets in their most recent meeting, the final of the Australian Open at the start of 2020. 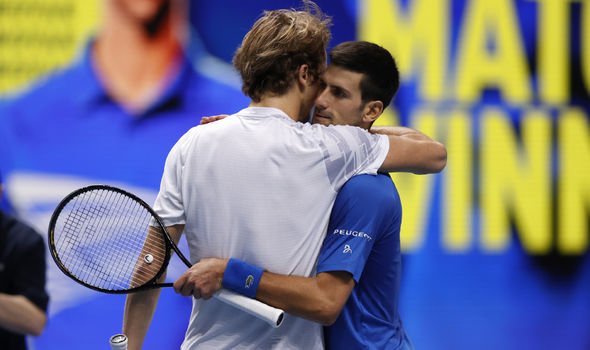 Djokovic told Amazon Prime: “Obviously earlier in his career he played his best on clay but being one of the hardest workers on the Tour and one of the most dedicated players, Dominic found his A game on all other surfaces.

“His first Slam came on a hardcourt earlier this year in New York so. Obviously I played him last year and lost 7-6 in the third set.

“It was really a thrilling match, hopefully we can have another great match but hopefully this time with a different outcome!”

Djokovic said after defeat to Medvedev that he was not feeling his best, losing 6-3, 6-3 to the Russian and making 24 unforced errors across the two sets.

On his win over Zverev, Djokovic added: “I felt great. Early in the first set he had a couple of break point chances, I managed to serve well in the important moments. 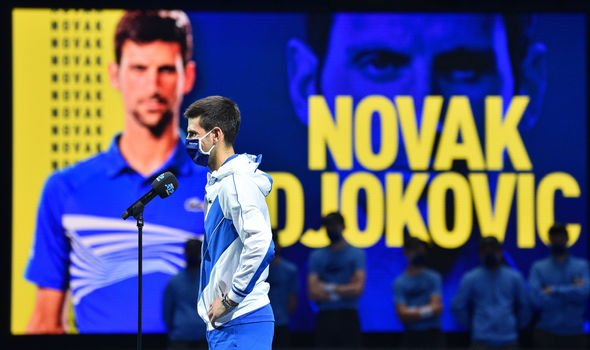 “Contrary to the last match against Daniil, I managed to find the right shots at the right time.

“Sascha, I have tremendous respect for him, he’s a great player. Huge serve, obviously not easy to return the 140mph first serves.

“You kind of sometimes just have to pick your side, block and hope you can be in exchanges in the rallies from the back of the court.

“Yeah, it was really anybody’s game for most of the match. In the tiebreak, again, I read his approach from 4-3, served well when I needed to to close out the match.”

Amazon Prime pundit and former British No 1 Greg Rusedski said: “He’s very much so right to be pleased.

“If you look at the first set, Sascha Zverev game him an early break, really didn’t show much.

“But then in the second set, Zverev starting to play the way we thought he would from the beginning.

“You can’t spot Novak Djokovic a set before you get into the match. I wish Zverev would’ve started like he did in the second set. 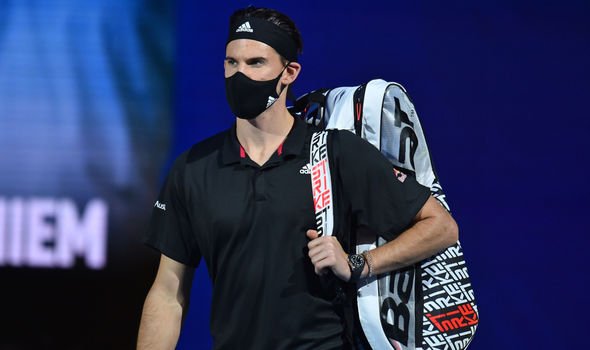 “But from Djokovic’s point of view, excellent performance. The other thing I love is the way he lifts his mindset and all of a sudden gets that laser beam in.

“He was down two-love in the tiebreaker than all of a sudden said, ‘No, not missing a serve, not missing anything, you’re going to have win it.’

“That’s where Djokovic, having played him when he was very young, you didn’t feel like you could make a hole for him.

“That’s the frightening thought, he bears down and gets rock solid, that’s why he’s been one of the greatest of our sport.”

No. 14 Coastal Carolina will face No. 8 BYU after No. 25 Liberty cancels; ESPN’s ‘College GameDay’ will cover