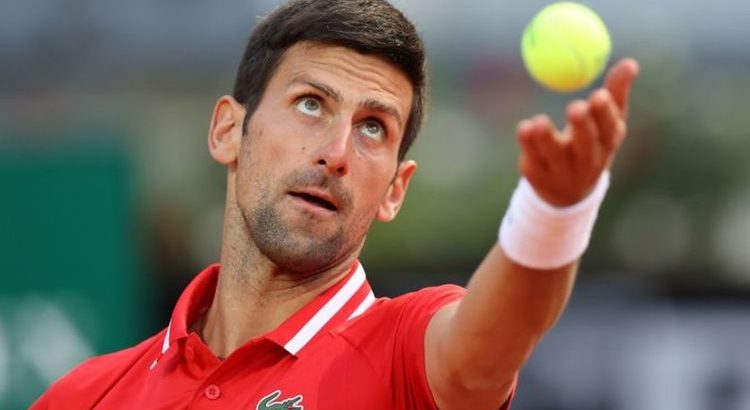 Novak Djokovic is all set to go toe to toe in another epic tournament final with his old adversary Rafael Nadal at the Italian Open his afternoon.

And the world number one said that the pair have already shared a light-hearted moment when discussing their careers in the locker room in Rome.

Djokovic, along with Nadal and Roger Federer, have long been held up as the gold standard for men’s tennis.

Dubbed the “Big Three,” the trio have dominated the landscape of men’s tennis for the past decade and a half.

The trio have won a staggering 53 of the last 68 Grand Slam tournaments held, stretching back to 2004, and are showing no signs of relinquishing their place at the top of the men’s game.

With a talented crop of players, including the likes of Dominic Thiem, Stefanos Tsitsipas and Daniil Medvedev, starting to challenge the “Big Three” in tournaments, fans and pundits alike are watching the established stars closely for any signs of regression in their games.

JUST IN:
Novak Djokovic piles pressure on Rafael Nadal ahead of Rome final 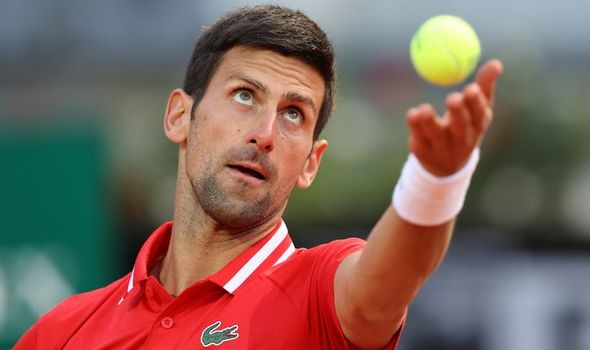 But Djokovic and Nadal have shown precious little vulnerability so far, and both showed they have the conditioning, the mental strength and the sheer will to win to battle through tough encounters to reach today’s final in Rome.

And, speaking to reporters ahead of the match, Djokovic revealed that he and Nadal had shared a moment as they reacted to their continued dominance of the game as they both turned back talented up-and-coming opposition en route to the final.

“Rafa and I had a little laugh in the locker room after I won against Tsitsipas,” he revealed.

“We kind of joked around that the old guys are still not giving up.

“I saw he said somewhere a few days ago that Roger, him and I are old. But I disagree with him.

“We had a laugh about it. I’m really glad that we are showing we’re not backing off from the NextGen ATP attacks.”

The locker-room camaraderie will be put to one side later today when the pair go head to head in the Italian Open final.

But Djokovic said he’s going to relish the test of facing his old adversary on the clay once again.

“It’s great to play him again in the final,’ he said.

“He’s the guy that I have encountered the most in my career. Definitely my biggest rival of all time.

“Playing him on clay in the finals of one of the biggest tournaments in the world is always extra motivating for me.

“Even after all we have been through in our careers, there’s still this excitement when we have to face each other.”