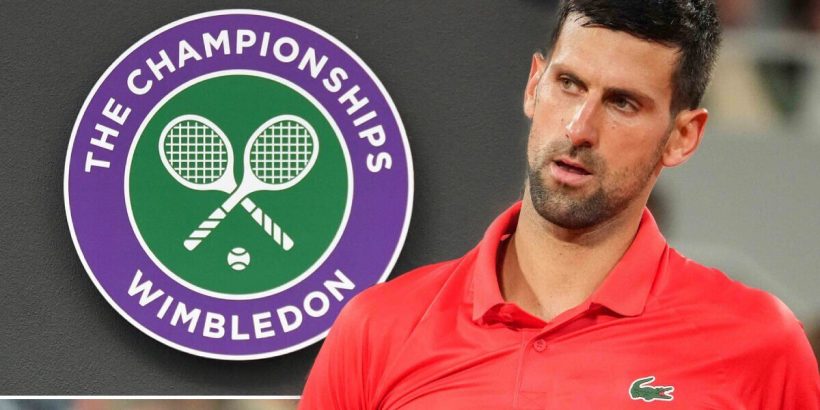 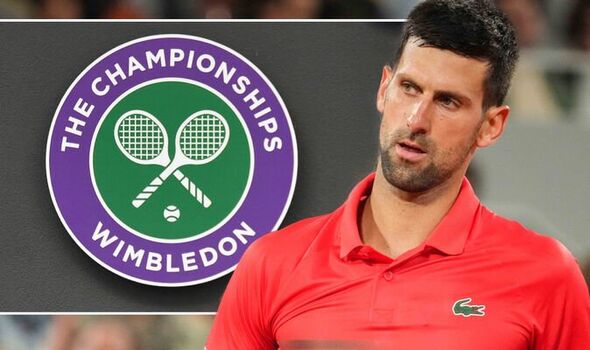 Novak Djokovic insists he is “happy” Wimbledon has been stripped of its ranking points this year – but has hinted he will play at SW19 next month anyway. The All England Club have banned Russian and Belarusian players amid the war on Ukraine from playing at the Grand Slam but have been punished in response.

The ATP and WTA have confirmed that there will be no points on offer to players who take part in Wimbledon this year with Naomi Osaka, the former women’s world No 1 and a four-time major winner, one of those to suggest she will skip the grass-court Slam as a result. Former Wimbledon champions Nadal and Andy Murray have also spoken out against the ban.

And after winning his first-round match at the French Open on Monday night, beating Japan’s Yoshihito Nishioka 6-3, 6-1, 6-0, world No 1 Djokovic insists he’s happy to see the tournament where he is a six-time champion stripped of its points because they made a “wrong decision”. But he has suggested he’ll still be playing at the Championships, which begin on Monday 27 June.

Speaking in the mixed zone at Roland Garros, Djokovic declared: “I’m affected because I’m not able to defend 4,000 points [in Australia and Wimbledon]. But I’m happy to see that the ATP and the players decided to show Wimbledon that when you make a wrong decision, there are consequences.

“Wimbledon is still Wimbledon, it was my dream as a kid, I never looked at it for points of prize money, but I understand the group of players affected. It’s a lose-lose situation.”

Djokovic also claims that he had been given access to a document from the UK government that offered Wimbledon other options rather than banning Russian and Belarussian players. He added: “They still decided for this one without talking to anybody. I’m for the union, always was.”

British world No 1 Cameron Norrie admits players are “not really playing for anything”. Norrie, who also won his opening match at the French Open, added: “You’re playing this almost like an exhibition, so for me it was tough to see that. Obviously it’s a really tricky situation but I would have liked to see it still have points, to still have something on the line.

“Wimbledon is still such a special event. But I think you’ll see a lot of top players not playing, you know, just resting and getting ready for the hard-court events, especially those that don’t worry too much about the money. So I could see a lot of players, well maybe a few top players, not playing because of that. It’ll be interesting to see.”

Two-time Wimbledon winner Murray meanwhile said: “I’m not supportive of players getting banned. The guidance from the government was not helpful. My understanding of the guidance was that Russians and Belarusians can play if they sign a declaration that they’re against the war and against the Russian regime.

“I’m not sure how comfortable I would feel if something happened to one of the players or their families [as a result]. I don’t think there’s a right answer. I have spoken to some of the Russian players. I’ve spoken to some of the Ukrainian players. I feel really bad for the players who aren’t allowed to play and I get that it will seem unfair to them.

“But I also know some of the people who work at Wimbledon, and I know how difficult a position they were in. I feel for everyone, feel for the players that can’t play, and I don’t support one side or the other.”