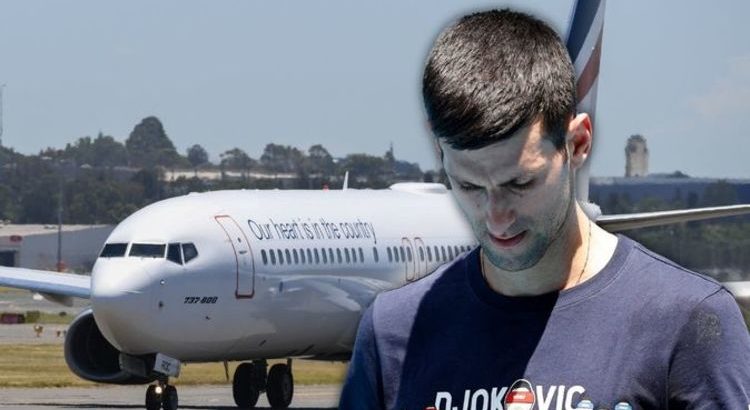 Novak Djokovic could be kicked out of Australia within the next few hours after news he has had his visa cancelled for the second time in a week. The world number one looks set to miss out on the Australian Open and could be banned from the country for the next three years following the decision.

Djokovic landed at Melbourne Airport last week only to be held at the border over an issue with his travel documents.

After several hours his visa was cancelled, but he was saved from immediate deportation by a successful legal challenge.

His lawyers secured a court date for Monday this week, when a judge ruled the revoking of his visa had been unfair and told the Australian government to release him from his detention hotel.

But despite that court order, a legal loophole allowed immigration minister Alex Hawke to cancel his visa himself – a power he exercised on Friday.

Djokovic has the right to appeal again, but the bar for overturning this decision is much higher and far more difficult to do.

JUST IN: Australian PM doubles down on Djokovic outlining ‘sacrifices’ made

And if his legal team don’t submit the required paperwork to get the appeal process moving – if that’s what he intends to do – then he could find himself being kicked out of the country within hours.

According to a local reporter, there are flights to Europe that will be taking off overnight and the tennis star could find himself on one of them if he does not act in time.

Australian journalist Shane McInnes told the BBC: “If they don’t put in an application for an appeal Novak Djokovic could be out of Australian in the next three to four hours.

“Most of the flights to Europe via the Middle East leave late at night out of Melbourne. He would be on one of those if he does not decide to appeal tonight.

“That’s the decision Djokovic has to make; does he go home or fight for the narrative no-one will ever forget.”

The second visa cancellation leaves the Serbian extremely unlikely to be able to defend his Australian Open title, despite being included in the main draw while this visa saga rumbled on.

Announcing the final decision in a statement, minister Hawke said: “Today I exercised my power under the section 133C(3) of the Migration Act to cancel the visa held by Mr Novak Djokovic on health and good order grounds, on the basis that it was in the public interest to do so.

“The decisions followed orders by the Federal Circuit and Family Court on 10 January 2022, quashing a prior cancellation decision on procedural fairness grounds.

“In making this decision, I carefully considered information provided to me by the Department of Home Affairs, the Australian Border Force and Mr Djokovic.

“The Morrison Government is firmly committed to protecting Australia’s borders, particularly in relation to the COVID-19 pandemic.

“I thank the officers of the Department of Home Affairs and the Australian Border Force who work every day to serve Australia’s interests in increasingly challenging operational environments.”

The decision also leaves Djokovic facing the prospect of a three-year ban from being able to apply for an Australian visa.

That could mean he is unable to take part in the Australian Open during that period, as well as any other tour events taking place Down Under.