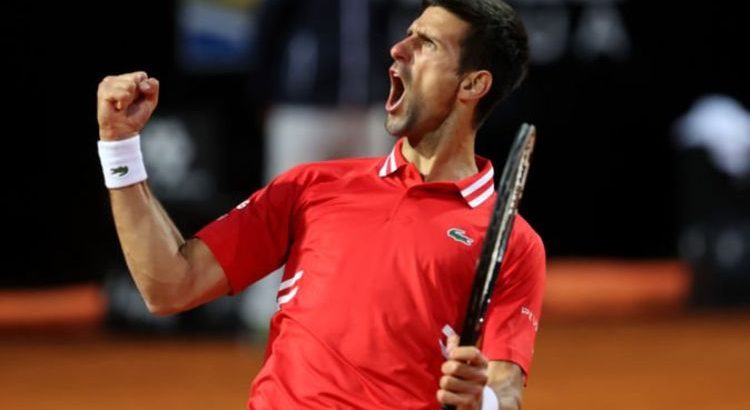 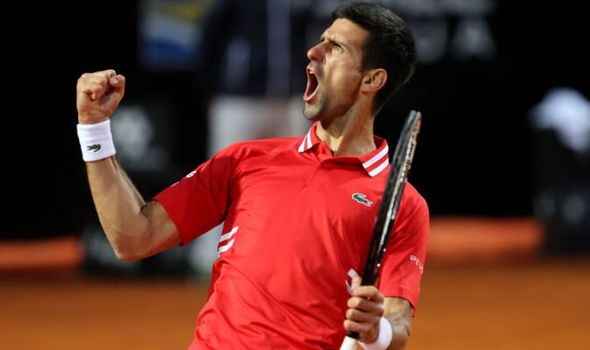 Novak Djokovic hinted he may not be at 100 per cent heading into the Italian Open final against Rafael Nadal after a mammoth Saturday in which he was forced to play two matches. In less than 24 hours after his semi-final clash with Lorenzo Sonego finished, the world No 1 will try to accomplish the toughest task in tennis – beating Nadal on clay.

Djokovic’s quarter-final showdown with Stefanos Tsitsipas was postponed mid-match on Friday meaning they had to continue the following morning.

That showdown went the distance with the Serbian coming from a set down to reach the next round.

Italian Sonego, with the home crowd behind him, provided a much tougher task than many imagined.

The 26-year-old forced a third set but the tiring Djokovic used his experience to progress to the final, where he will meet his old enemy Nadal.

“First of all I need to recover, I don’t have much time and hopefully I’ll have fresh legs,” Djokovic said.

“That’s what I definitely will need to have a chance against Rafa.

“He’s also had some tough matches but myself with rain delays and everything which has happened… I’ll give it my all.”

Djokovic was slightly frustrated that he did not spend less time out court in the evening as he missed opportunities in the second set.

He added: “I missed my chances and I have only myself to blame for not closing the match in straight sets.

“I could have and should have done it.

“He is showing why he reached his first semi-finals. He is a quality player and very dynamic.

“To play against him, with a crowd behind him, it was an electric atmosphere behind him.”