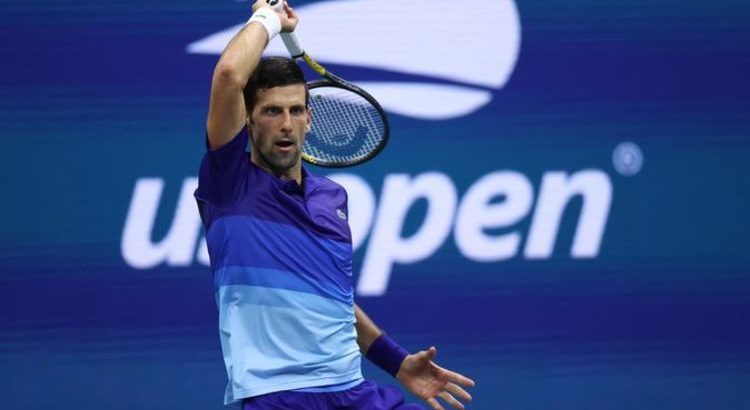 Novak Djokovic has responded after former world No 1 Andy Roddick said he ‘took the souls’ of his opponents. The world No 1 came back from 1-6 down to score an ultimately convincing win over world No 99 Jenson Brooksby in his fourth round match at the US Open. He was then asked about Roddick’s comment in his on-court interview, and have a hilarious but touching response.

Djokovic is aiming to make history at the US Open, where he can be the first man to win 21 Majors and the first in 52 years to achieve the Calendar Grand Slam by lifting the trophy in Flushing Meadows.

The top seed has found himself suffering some wobbles in matches, having dropped the second set in his opening round against qualifier Holger Rune, and the first sets in his third and fourth-round matches against Kei Nishikori and Brooksby respectively.

Though the Serb has admitted he was unable to play his best tennis in those moments, he has always been able to turn the matches around and overwhelm his opponents.

While watching Djokovic take on the young American, 2003 US Open champion Andy Roddick joked that the world No 1 was so dominant he could ‘take souls’ of his opponents.

JUST IN: Emma Raducanu heralded as ‘best player’ of the US Open

Following his victory over the world No 99, Djokovic was asked about Roddick’s comment during his on-court interview.

The 34-year-old laughed with the Arthur Ashe stadium as Brad Gilbert repeated the American’s tweet.

“Thanks Andy, I take that as a compliment,” the 20-time Grand Slam champion said.

“Only the first part. The second part, I don’t take anybody’s soul.

“Everyone has their soul, we are all beautiful souls. So I appreciate everyone.”

Brad Gilbert also joked that the retired American would be happy to still hold a 5-4 win-loss record over the Serb.

Djokovic saw the funny side of his old rival’s joke, adding: “But I’ll take your legs out that’s for sure.”

After securing the win over his 20-year-old opponent, the world No 1 will now face Matteo Berrettini in the quarterfinals, in what will be a rematch of the recent Wimbledon final.

Djokovic was “excited” to meet the world No 8, who had played just one tournament between Wimbledon and the US Open, much like the Serb himself.

“Rematch from Wimbledon final from a couple of months ago,” the top seed noted.

“It’s going to be exciting. He loves the big stage.

“Matteo is already established in top ten. Big serve, big game overall. I will try to prepare and hope for the best.”
Source: Read Full Article