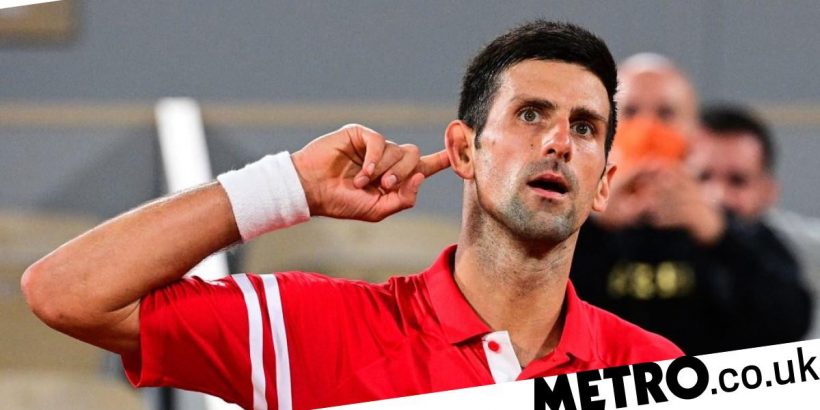 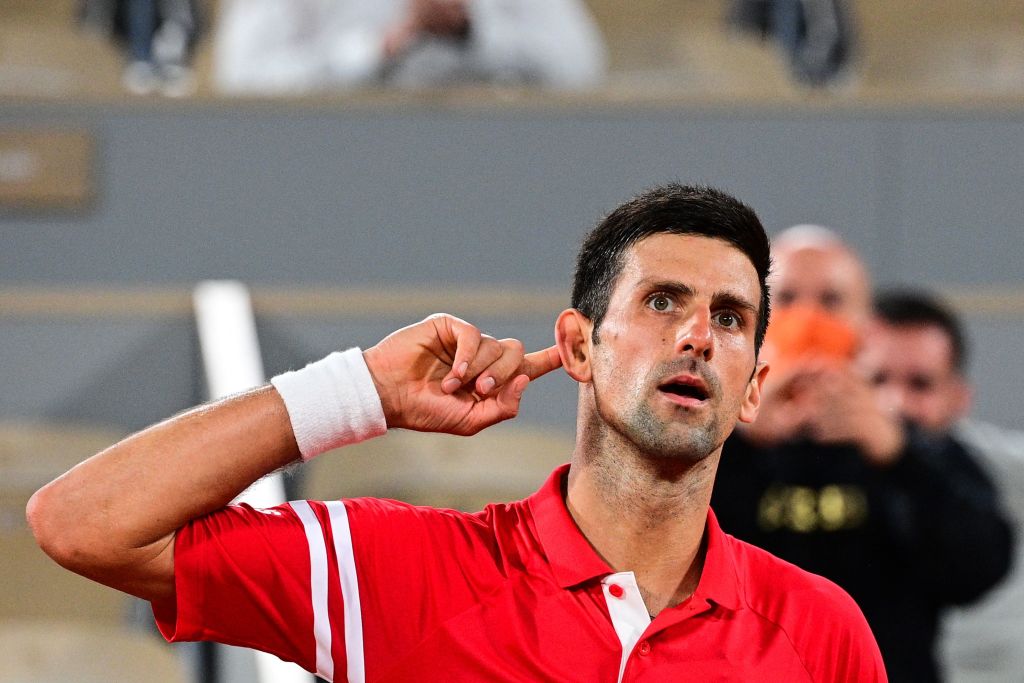 Novak Djokovic ended Rafael Nadal’s unbeaten record in matches beyond the semi-finals at the French Open as he inflicted just the third defeat of the Spaniard’s career at Roland Garros.

Djokovic, the world No. 1 from Serbia, avenged a one-sided French Open final defeat at this postponed event last October to halt Nadal’s 26-match unbeaten run in semi-finals and finals on the clay courts of Paris with a 3-6 6-3 7-6 (7-4) 6-2.

This will go down as one of the most impressive wins of Djokovic’s stellar career and he will have an opportunity to move within one major title of his greatest rivals Roger Federer and Nadal, should he beat Stefanos Tsitsipas in Sunday’s final.

Tsitsipas had earlier beaten Alexander Zverev in five sets but the quality was nowhere close to what would follow on Philippe Chatrier on Friday night.

In well over four hours of extraordinary tennis, it was the uber flexible Serb who came up with the goods, relentlessly pressuring the Nadal serve and redirecting the Spanish world No. 3’s immense power and spin with effortless brilliance.

Djokovic has been comfortably the world’s best player for the past decade but Nadal – who was struggling with a foot problem by the end – has been the immovable force in Paris – although Djokovic was one of two men, along with Robin Soderling who had beaten him prior to this event.

And he used every ounce of his experience and quality to give himself a shot at a 19th Grand Slam title this weekend.

Should Djokovic beat Tsitsipas, the fifth seed from Greece, he will become the only man in the Open Era to have won every Grand Slam event twice or more. Having already won the Australian Open this season, he will remain on for a Calendar Grand Slam – where all four majors are won by one man in the same year.

Unlike Nadal and Federer – both of whom he is desperate to surpass in the record books – he has already held all four majors at once, a feat he achieved by winning the 2016 French Open.

It feels more history is on its way for this remarkable athlete in 2021.

Djokovic looked on course to be fed a bagel in the first set – the same treatment he received from Nadal in the 2020 final – but from 5-0 down he made the scoreline more respectable, losing it 6-3.

He was the chief aggressor in the second set, twice moving a break ahead and holding his nerve under fierce pressure from Nadal to level up the match.

Andy Murray, who was beaten by Djokovic in the 2016 final, expressed his enjoyment on social media midway through a topsy turvy third set.

‘You cannot play better clay court tennis than this. It’s perfect,’ the two-time Wimbledon champion wrote on Twitter as the ludicrous tennis continued, with both men covering every millimetre of Philippe Chatrier clay.

Djokovic had three times got his nose in front in the third but Nadal hit back on each occasion, including a break when the Serb was serving for a 2-1 sets lead.

After a wonderful 11th game of the set, where both roared after their remarkable shotmaking before Nadal held, Djokovic saved a set point before forcing a breaker.

It would have felt harsh for Djokovic – so often forcing the issue in the third – to have fallen behind again and it was he who took the tiebreak after a 93-minute set.

Nadal reacted well to start the fourth, breaking on his way to a 2-0 lead, but was again pegged back by Djokovic as he sent a backhand long.

From there, it was all Djokovic. Who put a masterclass of a performance to bed in style to end the dominance of Nadal in the semi-finals and beyond at his favourite tournament.