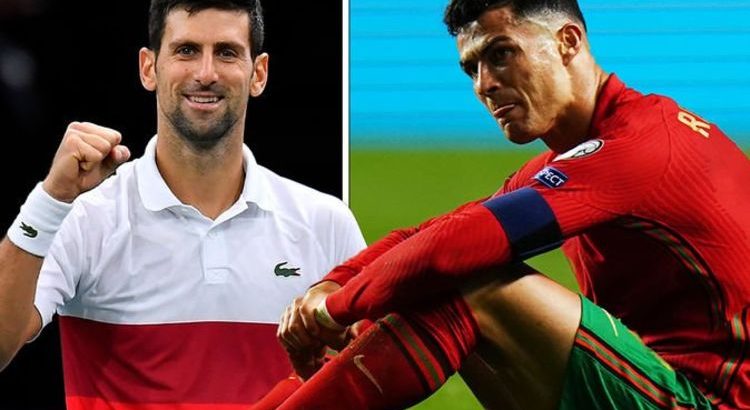 Novak Djokovic went crazy as Serbia secured their spot at the Qatar World Cup following a dramatic last-gasp 2-1 victory over Portugal in their final qualifier, as he was seen running around his living room following Aleksandar Mitrovic’s late winner.

Djokovic’s native Serbia took on a Portugal team led by Manchester United’s Cristiano Ronaldo, and stunned their opponents to pip them to an automatic World Cup place next winter.

It was hosts Portugal who took the early advantage, as Renato Sanches opened the scoring two minutes in to leave Dragan Stojković’s team with it all to do.

They then got themselves back into the game with just over 10 minutes left in the first half courtesy of former Southampton man, Dusan Tadic.

And during a tense second half, the Serbian’s then grabbed a dramatic winner in the final seconds of normal time, as Fulham man Mitrovic headed home to shock the Lisbon crowd.

The frustrations of the favourites was clear to see at full-time, as main man Ronaldo fell to the ground and tried his best to fight back the tears as their World Cup hopes took a huge hit.

Whilst the Ballon D’or winner looked broken, the six-time Wimbledon winner Djokovic was parading in front of his TV in celebration.

In a video uploaded onto the tennis player’s personal Instagram story with the caption ‘Qatar 2022’, he was seen shouting in his native Serbian before sticking his head out of his room window to carry on the celebration.

Portugal now must face a play-off to seal their qualification for next year’s World Cup, which takes place in November through to December.

On all four occasions though, the Serbians have failed to get past the group stage.

But they will no doubt head to Qatar full of confidence this time around having sent one of the potential tournament favourites into the play-off route.

The world No 1 will be hoping to continue his nation’s successes onto the tennis court as he is in Turin alongside the sport’s best for the ATP Finals.

However the Serbian’s hopes of a sixth title were dealt a blow yesterday, after one of his coaches was required to leave his camp just days before his opening match with Casper Rudd.

Trainer Goran Ivanisevic was forced to leave the Turin camp immediately after finding out his son had tested positive for Covid.

Djokovic usually has both Ivanisevic and Marian Vajda by his side whilst playing in events, but will only be joined by the latter for the season finale in Italy.