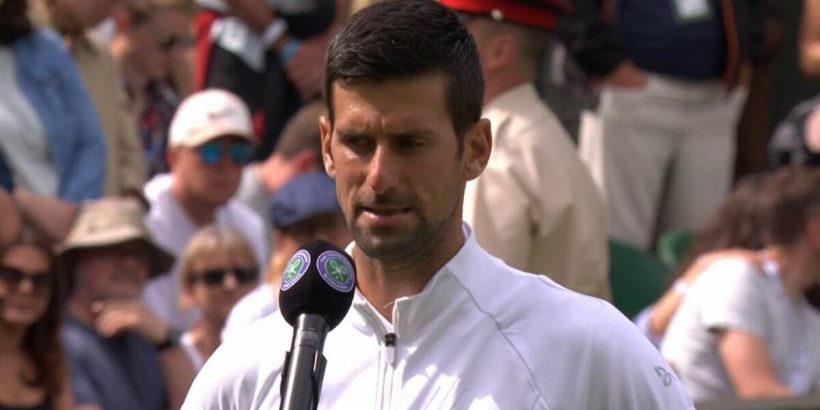 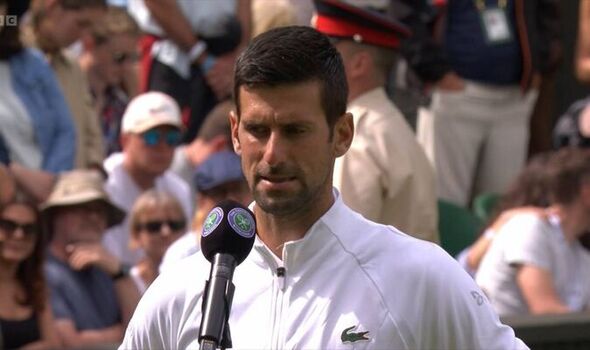 Novak Djokovic feels he can get even better as the tournament progresses after his dominant win over Thanasi Kokkinakis in the second round. Djokovic was far from his best in his opening round match against Soonwoo Kwon on Monday, dropping the second set to the South Korean.

But the No 1 seed was back on track against Australian Kokkinakis, dropping just seven games in the entire match. Djokovic has been unbeatable on grass for several years now, winning three consecutive Wimbledon titles.

His performance against Kwon suggested that we might have a new champion this year. But Djokovic proved his dominance on grass has not evaded him, quickly racing to a 6-1 first set against Kokkinakis.

The 2022 Australian Open doubles champion made it more of a contest in the second, but still didn’t have enough to get it done. From there, the result was inevitable with Djokovic showing no signs of slowing down and looking more like his old self.

JUST IN: John McEnroe raises Novak Djokovic fear even if he wins Wimbledon

He won 27 or 34 net points while making just 13 unforced errors in the entire match and his serving was close to immaculate. It’s a stark contrast to the Djokovic which turned up to Centre Court just two days ago.

But the 35-year-old feels he has even more room to grow as he looks to defend his title and end Rafael Nadal’s chances of a Calendar Slam. “I’m quite pleased with the way I’ve raised the level of tennis in two days,” Djokovic said. 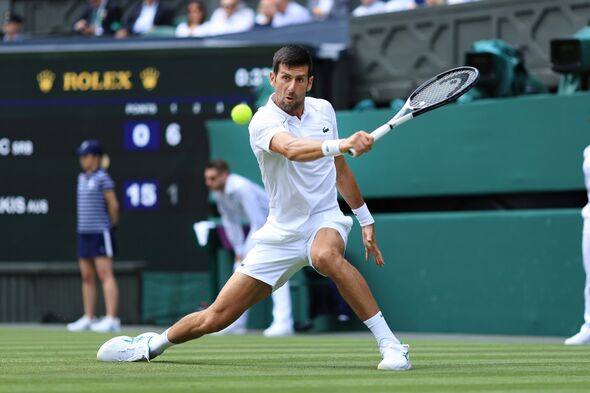 “Hopefully I can keep that trajectory in just getting better as the tournament progresses. Obviously just thinking about the next challenge and hopefully things will get better and better as I move on.”

Djokovic will now face Miomir Kecmanovic in the third round in what is set to be his toughest test of the tournament. The Serbian duo faced off in Belgrade earlier this year with Djokovic coming from a set down to beat his compatriot.

And Djokovic’s side of the draw has been made that bit easier after No 3 seed Casper Ruud suffered a surprise defeat in his second round tie. Ugo Humbert, who reached the fourth round of Wimbledon in 2019, has dropped out of the top 100 this year having been as high as 25th just 12 months ago.