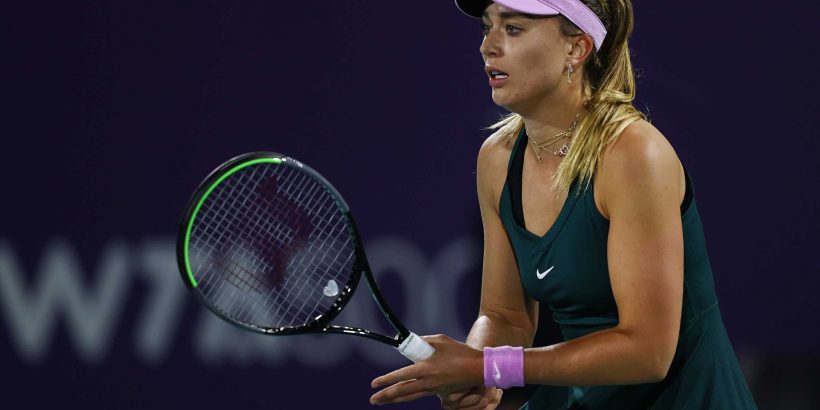 Paula Badosa has tested positive while in quarantine

Paula Badosa became the first player entered for next month’s Australian Open to confirm a positive test for Covid-19 while in quarantine in Melbourne, with the Spaniard saying on Thursday that she had symptoms.

As many as 72 players are confined to their hotel rooms for two weeks and are unable to train for the 8-21 February Grand Slam after some passengers on three charter flights ferrying them to Australia tested positive for the novel coronavirus.

Badosa, 23, arrived in Melbourne after playing in Abu Dhabi earlier this month and was on her seventh day in quarantine when she said her test came back positive.

“I’m feeling unwell and have symptoms, but I’ll try to recover as soon as possible listening to the doctors. I’ve been taken to a health hotel to self-isolate and be monitored,” the world number 67 wrote.

On Wednesday, 10 people associated with the Grand Slam — including four players — had tested positive for the virus.

However, there has been confusion over the exact numbers, with several test results later reclassified by authorities as “viral shedding” from previous infections.

The strict protocols have taken a toll on several frustrated players who have complained in recent days but South Africa’s Kevin Anderson has appealled to them to show more respect for the local community’s fight against the Covid-19 pandemic.