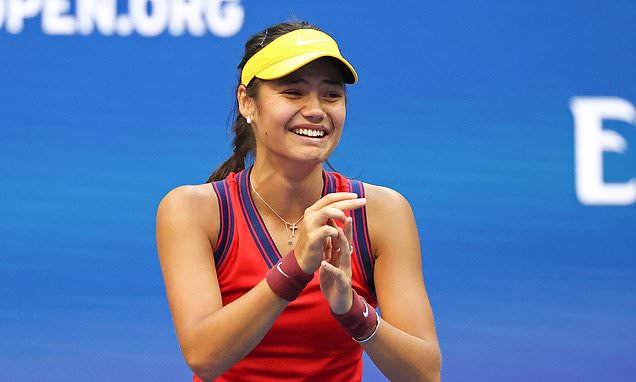 Emma Raducanu’s US Open triumph defies belief and is one of the greatest underdog stories sport has EVER produced… after being ruthless in a victory without precedent, she proved John McEnroe and Co wrong – she is made of all the right stuff

There was a beautiful irony in what the remarkable Emma Raducanu achieved in New York on Saturday night and in the way she achieved it.

When she lost at Wimbledon just a matter of weeks ago, forced to retire from her fourth round match with breathing issues, some, including John McEnroe, suggested that she might not be made of the right stuff.

What she did in New York defies belief. It was other worldly. It was film script stuff. It is one of the greatest underdog stories sport has ever produced. This is a player who nobody had heard of a few months ago and now she has won one of the greatest prizes in the sport without dropping a set. It is Leicester City’s Premier League winning season compressed into one impossibly surreal fortnight in the Big Apple.

Raducanu was utterly ruthless in her dismissal of her Canadian opponent, just as she has been throughout the last fortnight and more. She broke her heart in the second game of the match when Fernandez saved a host of break points in a gargantuan game and then finally succumbed to Raducanu’s power and style.

‘Emma is the one pushing the envelope already,’ an admiring Martina Navratilova said during her commentary. 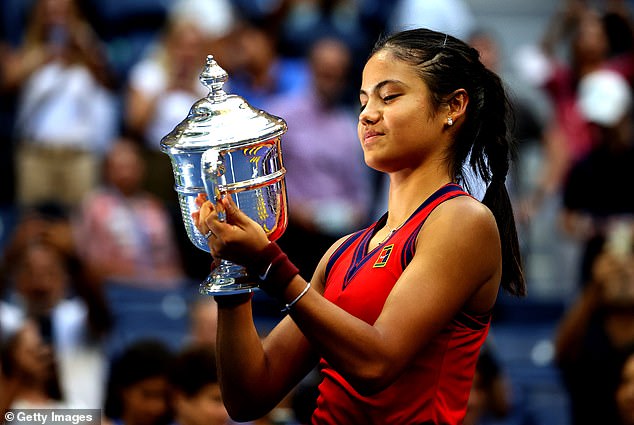 What Raducanu did defies belief, and will be looked back on as the start of a wonderful career

It was why, in a way, the manner in which she played felt even more important than the history she was making. Because this was high-quality tennis.

This was the kind of tennis that suggests Raducanu’s astonishing triumph at Flushing Meadows will not be looked back upon in years to come as a fluke but as the gilded beginning of a wonderful career.

Women’s tennis has been searching for a leader ever since the brilliance of Serena Williams finally began to fade and in Raducanu, it may just have found it.

It had been 44 years since Virginia Wade became the last British woman to win a Grand Slam title but the way Raducanu blitzed her way through the field in New York last week suggested we may not have to wait long at all for the next one. 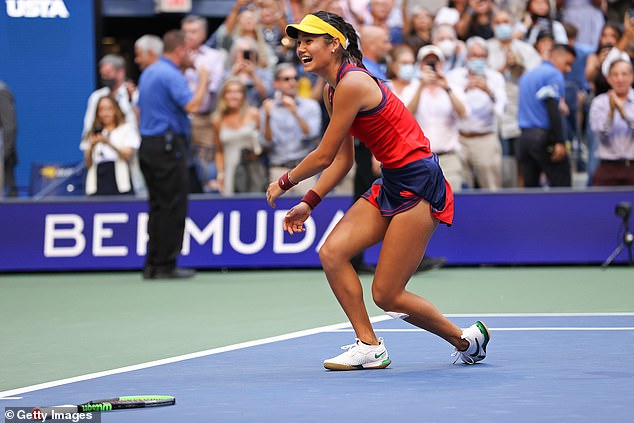 She came from the margins of tennis, playing her first US Open at just 18, to stand at its summit

When Wade won Wimbledon in 1977, she was renowned for putting her fans through the wringer on the way to her victories. She duly lost the first set of that ladies’ singles final to Betty Stove before rallying to win the next two sets. Raducanu has done it a different way. She has been utterly merciless in the manner of her victories.

When she lost her serve early in the second set and fell behind, some wondered whether she might crack and whether Fernandez, who had mounted stirring comebacks earlier in the tournament against the world’s best players, might be at it again. Raducanu simply broke Fernandez back in the next game.

The beauty of what Andy Murray achieved when he won the US Open in 2012 and became the first British man to win a Grand Slam title for 76 years was that it was a slow burn. He had fought and fought for it. 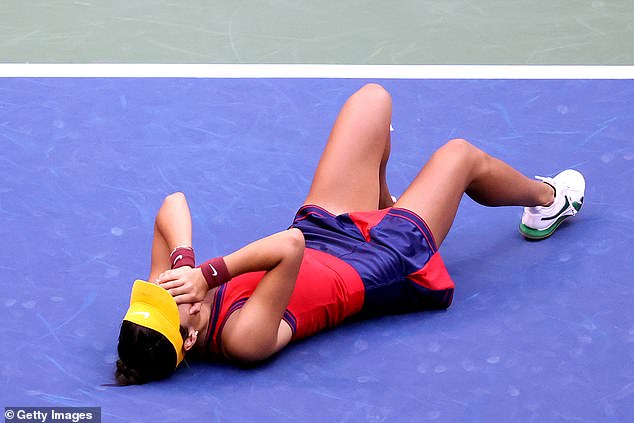 He was 25 and he had played in it eight times and, in the era of Roger Federer, Rafael Nadal and Novak Djokovic, people had begun to wonder openly whether he would win a big one.

It has not been like that for Radacanu. The beauty of what Raducanu achieved was that she has blown through tennis like a hurricane that gave precious little warning it was forming. She came from the margins of tennis, playing her first US Open at the age of 18, to stand at its summit.

In the struggle to come to terms with what tennis has been witnessing in New York these past two weeks or more, analysts have turned to tennis history in the search for answers. But the answers were not there. 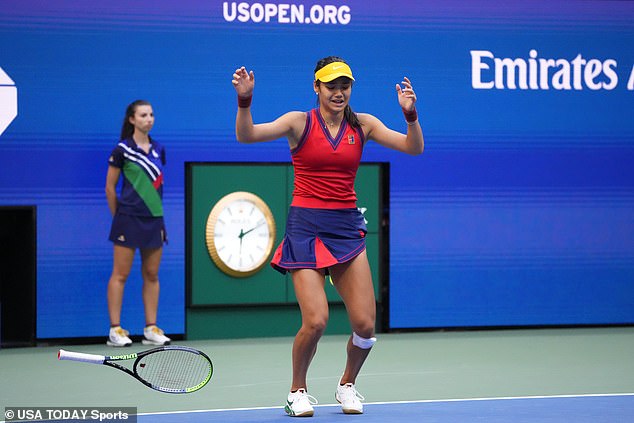 Having staged a revolution, Raducanu has demonstrated she is truly made of all the right stuff

Because what Raducanu achieved at the US Open was without precedent in the history of the sport. Nobody had come through the qualifying tournament at a Grand Slam and then won the Slam itself.

You have to look further afield for anything similar to what Raducanu has done. The US golfer Collin Morikawa won the US PGA title in his first tilt at it last year and then followed that up by winning The Open at Royal St George’s this summer, again in his first appearance at the British edition of golf’s fabled Majors.

In tennis, Raducanu is on her own. She staged a revolution here in New York and by the time anyone realised she was seizing power, it was too late. She even played out the last games of the match with a gashed knee after cutting it as she tried to retrieve a smash. Yes, she is made of the right stuff all right.