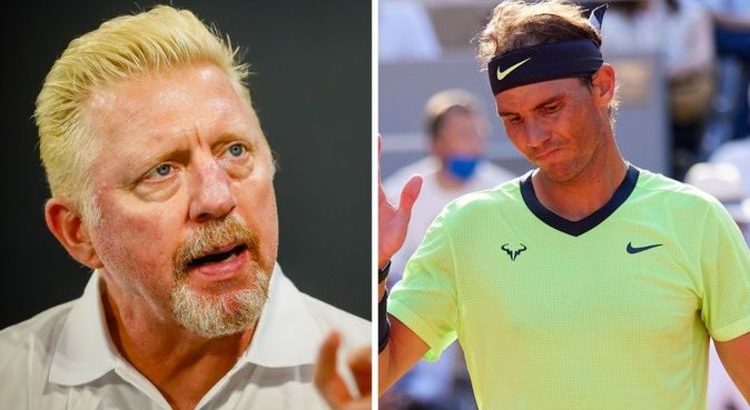 Boris Becker believes Rafael Nadal remains the “favourite” to win the French Open this week, but doesn’t think it will be long until the Spaniard is overcome on his favoured surface. Nadal has earned his title as the ‘king of clay’ having dominated Roland Garros throughout his career.

He has lost just twice at the tournament since his debut back in 2005 with Robin Soderling and Novak Djokovic the only players to have overcome Nadal.

The 2021 French Open holds a little more significance than previous years though with Nadal on the verge of breaking Roger Federer’s all-time Grand Slam record in men’s singles.

He’s looked in excellent form this year as well, having dropped just one set in five matches.

Diego Schwartzman is the only man to take Nadal to a fourth set, but the world No 3 flexed his muscles with a bagel to progress to the semi-finals. 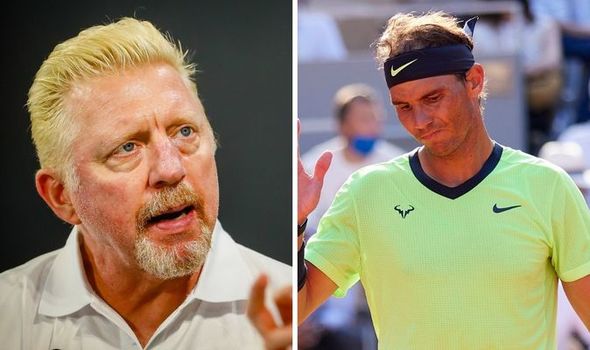 In past years, Nadal would have expected to face Novak Djokovic in the final due to their seedings.

But the two old foes will now face off on Friday in the semi-final in what should be another blockbuster encounter.

Stefanos Tsitsipas and Alexander Zverev face off on the other side of the draw for a place in Sunday’s final and a possible preview for a future Grand Slam champion.

Stefanos Tsitsipas and Alexander Zverev face off in the other side of the draw for a place in Sunday’s final and a possible preview for a future Grand Slam champion.

And Becker, who won six Grand Slam titles in his career, believes the next generation of players aren’t far away from taking Nadal’s crown at Roland Garros.

“I’m not a clairvoyant, but the top favorite for me remains Nadal, that hasn’t changed,” he said on Eurosport.

“At some point, the successors have to come,” said Eurosport expert Becker.

“Nadal can’t rule Paris forever. I also see that Djokovic can win such a tournament, but Tsitsipas and Zverev are also almost on a par. For me, it’s just a question of time.” 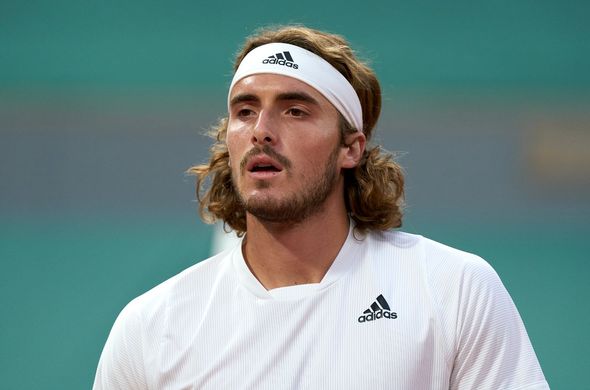 Becker went on to speak of his excitement about seeing Tsitsipas and Zverev go toe-to-toe in a Grand Slam semi-final.

“I can’t find any weaknesses [in Tsitsipas’ game], especially on clay – whether it’s his serve, groundstrokes or fitness. And he feels comfortable on the big stage. I see the two of them (Tsitsipas and Zverev) fighting for the crown together with Medvedev over the next few years,” Becker added.

“So this is just the first of many more big matches between Tsitsipas and Zverev. For me, Zverev has the most power. When he hits, there’s no stopping him.

“But he can only do that when he’s relatively close to the baseline and plays a bit more offensively. That’s the difference to all the others who are still in the tournament. But he has to do it.”