Nadal shattered Jannik Sinner aside to reach the semi-finals of the French Open on Tuesday, beating his Italian opponent 7-6, 6-4, 6-1.

The Spaniard is now just two matches away from matching Roger Federer’s Grand Slam haul of 20, having triumphed at Roland Garros 12 times in the past.

Djokovic could thwart him, however.

The 33-year-old has been in fine form himself and goes up against Spaniard Pablo Carreno Busta in the last eight of the tournament on Wednesday (4.10pm).

And, speaking to Eurosport ahead of that showdown, Nadal’s coach Moya has expressed a belief that the current conditions surrounding the tournament suit Djokovic more than his man.

“Novak is playing at a great level,” he said. 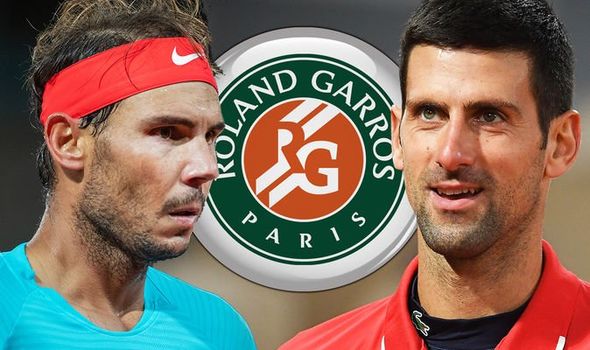 “He played a very hard game against Karen Khachanov and he solved it quite well.

“He is a great player and I think that it is the player who benefits most from all these conditions of this Roland Garros.

“We are concentrating on our work for the semi-finals and if the moment arrives to face Djokovic it means that Rafa is in the final and that Djokovic has won his two matches. Nole has a complicated match today with Pablo Carreno so little by little.”

Moya also previewed Nadal’s showdown with Diego Schwartzman, adding: “It will be a very difficult duel as we saw in Rome.

“Diego’s match against Thiem yesterday was incredible and I think even Diego could have won more easily. It is true that he could also lose the match. A totally dramatic and very emotional match.

“The players have two days off to recover, but I always say that a Grand Slam is like a marathon. 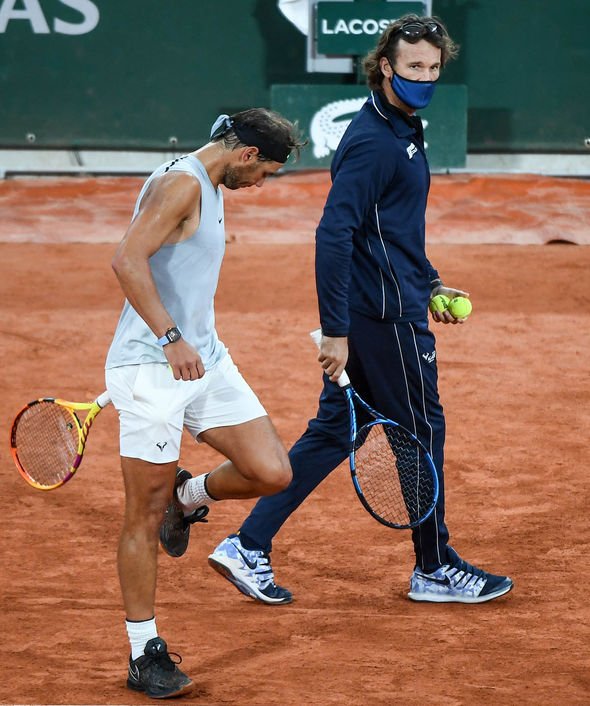 “The less hours you are competing the better to face the final sprint.

“Even so, Diego is an incredible player and we don’t think that the physical factor is going to influence too much.”

Schwartzman beat Nadal in Rome recently but, going into their semi-final showdown, Moya has labelled that match as ‘strange’.

“The match in Rome was very strange because Rafa won two very good matches against powerful opponents,” added the Argentine.

“Against Schwartzman it was the first time that he had problems in the score and he did not manage it totally well on a physical or mental level.

“We learned from that moment and now he is at a great level with many more games played.

“It will be a tough mental battle and I think we have some weapons that will allow Rafa to compete with guarantees.”

Schwartzman has insisted he can beat Nadal again, explaining he’ll be aggressive when he needs to be in order to make Sunday’s showpiece final.

“But, yeah, I know this week that I can beat him. That’s important thing.”

He then added: “Rafa is the legend here, is the owner of this place almost. I have two days free so I’m not thinking yet about the semi-final.