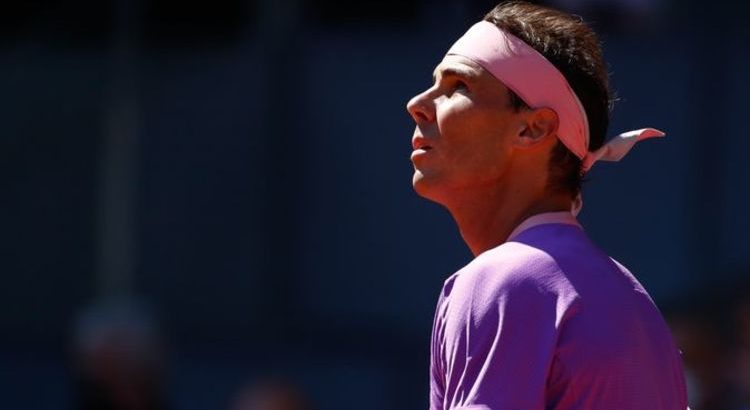 Rafael Nadal has suggested that it will be difficult to cope with Reilly Opelka’s huge serves when the pair do battle in Saturday’s Italian Open semi-final clash. The Spaniard is hoping to prepare for the upcoming French Open in the best possible way by claiming a second clay-court title of the year in Rome.

Nadal cruised past Alexander Zverev in straight sets on Friday despite an injury scare to seal his place in the last four of the competition, avenging his previous defeat to the German at the Madrid Open earlier this month.

If he manages to continue his winning form and overcome the challenge posed by Opelka on Saturday, the 34-year-old will face either Novak Djokovic or Stefanos Tsitsipas in Sunday’s final.

However, despite Nadal’s well-earned reputation as the king of clay, he could be in for a tricky afternoon against the unfancied American.

Opelka stands at 6 feet 11 inches tall and is known for his frighteningly powerful serves, which have been clocked in excess of 140mph.

He entered the Italian Open after a laborious battle with COVID-19 and off the back of six straight defeats, but has not dropped a set on his way to the semi-finals. 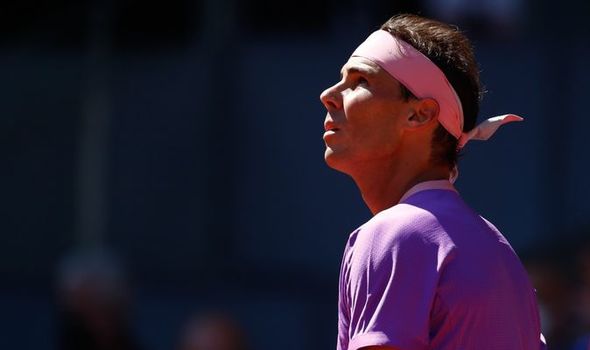 The towering 23-year-old has never faced Nadal before, but the latter has already underlined the importance of dealing with any monster serves that might come his way.

“I need to be very focused with my serve and then try to be ready to accept and to be passionate on the return, and that’s what I’m looking for.”

Nadal has struggled on a number of occasions since the start of the clay-court swing, falling to a couple of surprise defeats along the way. 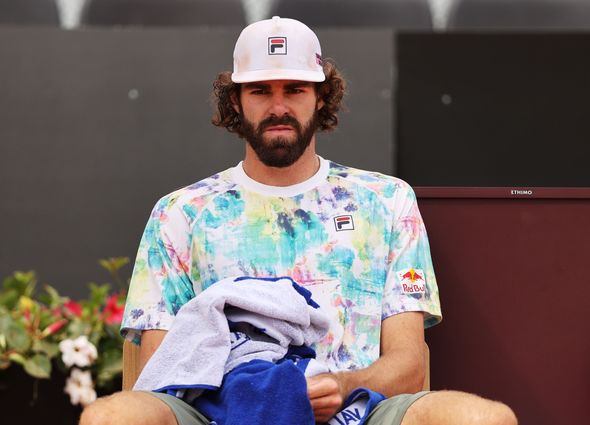 He was stunned by Andrey Rublev at the Monte-Carlo Masters before winning the Barcelona Open with a thrilling victory over Tsitsipas in the final.

The Manacor native was then picked apart by Zverev in Madrid to deal another harsh blow to his French Open preparations.

Former Wimbledon quarter-finalist Daniela Hantuchova warned Nadal that he could face a similar fate against Opelka if he is not careful, suggesting after the Spaniard’s interview that their respective service games will decide the outcome of the match.

“It comes down to that serve,” said Hantuchova. “That’s where the clay court has changed so much in the last couple of years, they’ve become so much faster. 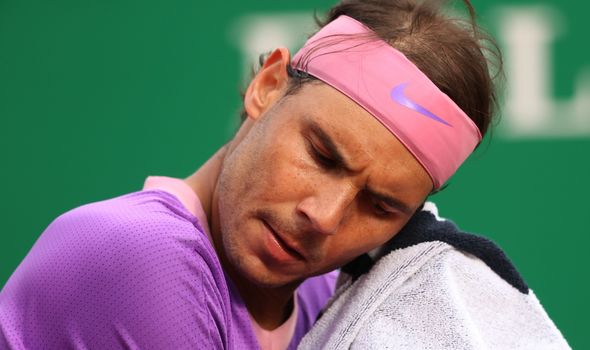 “Sometimes it’s like a hard court speed so he’s [Opelka] got to be super pleased. You never know. You’re always going to be dangerous when you can serve like that.

“A couple of good holds, breaks here and there and suddenly he’s in the semi-finals.”

Opelka will become a top-30 player for the first time in his professional career with an unlikely win over Nadal on Saturday.

The current world No 47 has previously clinched two ATP singles titles, the New York Open in 2019 and last year’s Delray Beach Open, and was a Wimbledon junior champion six years ago.