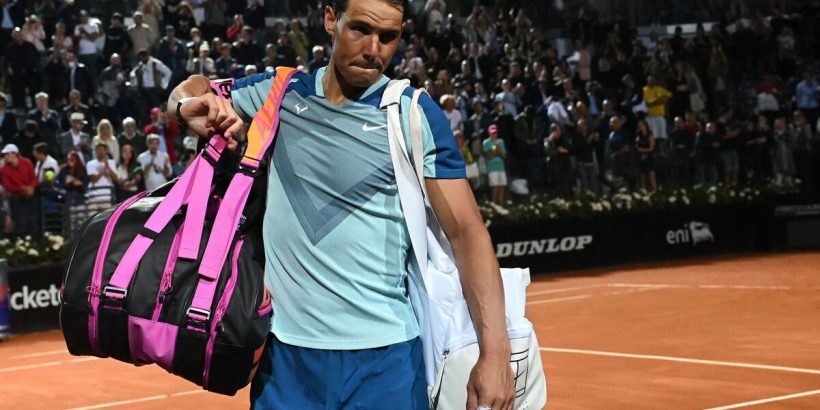 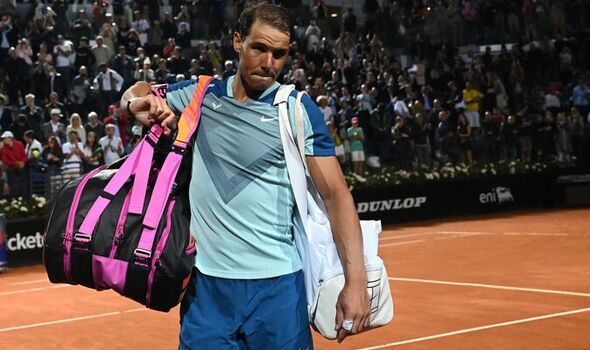 Rafael Nadal has admitted he knows when the time to retire will come after crashing out of the Italian Open while suffering with his chronic foot injury. The world No 4 led Denis Shapovalov by a set before the foot started to bother him, and he later opened up on “living with an injury”.

Nadal has been struggling with Mueller-Weiss Syndrome, a chronic pain in the mid-section of the foot, throughout his life and career. The 21-time Major champion was forced to miss the second half of the 2021 season with the problem and it flared up once again in his Italian Open loss to Shapovalov on Thursday.

Speaking after the 1-6 7-5 6-2 defeat to the world No 16, the Spaniard shared the moment he would decide to retire after struggling with the chronic injury. “The moment will come when my mind will tell me ‘stop’ because pain prevents me from being happy,” the 35-year-old confessed. “Not only for tennis, but for my everyday life.”

The bleak admission came as Nadal described himself not as someone who was “not injured”, but “a player living with an injury”. He added: “It’s nothing new. It’s something that is there, and unfortunately, my day by day is difficult, honestly.”

JUST IN: Djokovic has Stan Wawrinka wish after beating Swiss at Italian Open

Nadal also said the unpredictability of the chronic injury was frustrating, as it could be fine one moment and painful the next. “Of course it’s difficult for me to accept the situation sometimes because it can be frustrating that a lot of days I can practise the proper way then today at half of the second set it starts then was unplayable for me,” he explained.

While the world No 4 has been forced to touch on when the time to retire will come, he still has his sights set firmly on the upcoming French Open despite being unsure of how his foot will recover with less than two weeks to go. “It’s still the goal,” he said of the upcoming Grand Slam tournament, where he is a 13-time champion.

“[It’s] in a week and a couple of days and I’m gonna keep dreaming about that goal. And the most successful player in the event’s history will be taking precaution in Paris, as he is set to be accompanied by his doctor after experiencing a scare with his foot in Rome.

Looking ahead to the clay-court Major, he said: “First thing that I need to do is to [not] have pain to practise, that’s it… It’s true that during the French Open, Roland Garros, I’m going to have my doctor there with me. That sometimes helps because you can do things.”