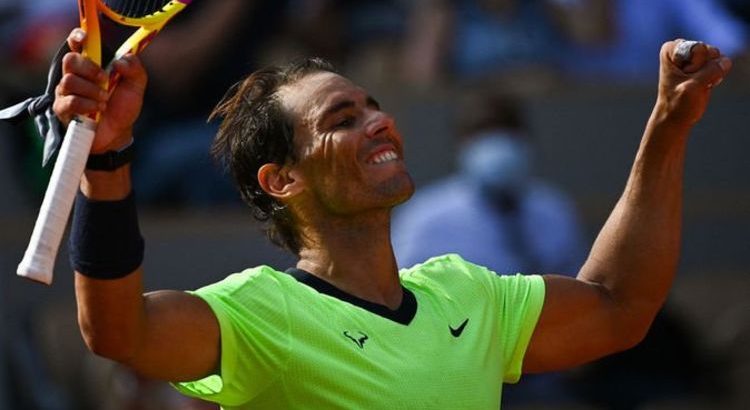 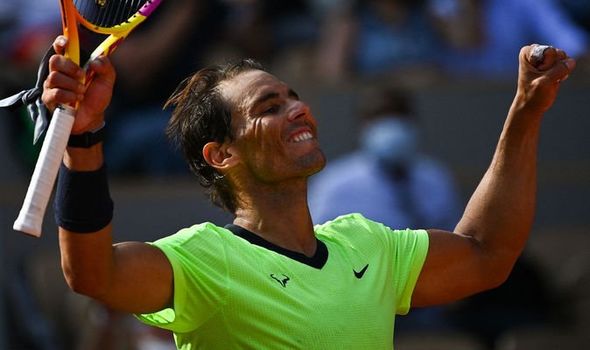 Over to you, Novak Djokovic. Rafael Nadal is ready and waiting for his long-time ‘Big Three’ rival in the final four of the French Open after his hard-fought victory over a battling Diego Schwartzman on Wednesday afternoon.

On all previous 13 occasions he has gotten to the semi-finals at Roland Garros, the ‘King of Clay’ has gone on to win the tournament. That doesn’t bode all too well for Djokovic.

No wonder he once again called it his favourite tournament in his post-match interview with former Wimbledon winner Marion Bartoli.

The world No 1 is arguably the likeliest man to break that streak, but given the way he was so comfortably despatched in the 2020 final – Nadal winning in straight sets on Court Philippe-Chatrier – the Spaniard will be understandably confident.

And he typically showed against Schwartzman that he’s ready for battle, as his relentless competitiveness and near invincibility on the red dirt in Paris came to the fore once more. He found another gear when 4-3 down in the third set, winning 37 of the next 44 points. 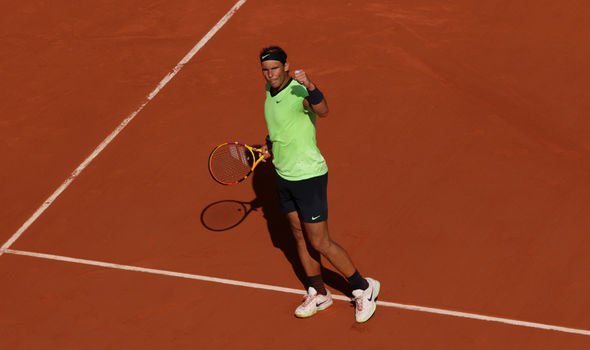 He found himself 3-0 down in the second set after having his serve broken and could not recover to lose 6-4, seeing a 36-set winning streak at this Grand Slam ended.

Funnily enough, it was Schwartzman who took the last set off Nadal in Paris in 2018, when he ended a 38-set streak.

It means the Grand Slam record held by Bjorn Borg, who won 41 consecutive sets at the French Open, remains out of reach for Nadal for now. You still wouldn’t bet against him beating it though given his performances here.

Just as Nadal looked as though he was up against the ropes with Schwartzman applying the pressure, the Argentine could not take advantage of his superiority and Nadal battled back as he always does on his favourite court.

In the fourth set, he took 15 of the first 16 available points en route to a ruthless bagel, eventually going 25-5 to finish the match. The 20-time Grand Slam champion went from rolling the punches to delivering them. And plenty of them at that. Body blow after body blow. 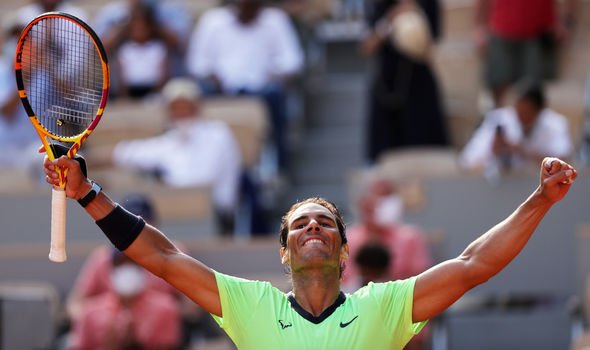 Schwartzman simply couldn’t keep up, certainly in the final nine games when Nadal produced some simply sumptuous tennis. Even at 35, his level remains astounding, as he defies the odds of Father Time just like Roger Federer.

Nadal took both the third and fourth sets after losing the second as he wrapped up proceedings in less than three hours. He’ll have plenty of time to do his media duties and get back to his hotel to get his feet up and watch Djokovic face Matteo Berrettini in the final quarter-final.

Djokovic actually boasts a 29-28 head-to-head record against Nadal but on clay, the latter has won all of their past five meetings and 19 of their 26 overall.

Eight of those have come at Roland Garros. Only their 2015 quarter-final meeting went Djokovic’s way, with Nadal boasting a formidable 105-2 record at this tournament after beating world No 10 Schwartzman.

Overtaking Federer to become the first male player of all time to win 21 Slams is within his reach. That reach feels tantalisingly close if he can get his way past Djokovic in last four.

Nadal has had periods of vulnerability at this year’s French Open, yet there is an aura about him on this surface at this venue in this city. Djokovic has felt it many times himself. 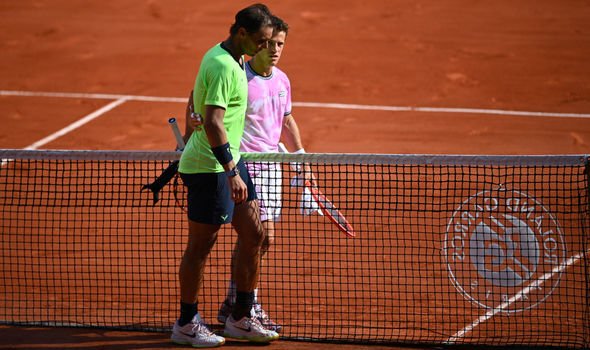 And the swagger with which he played towards the end of his victory over Schwartzman shows there should be no concerns about the defending, and 13-time, French Open champions.

Besides, Djokovic himself has not been imperious at the clay-court Slam, dropping two sets to Lorenzo Musetti last time out before battling back to take it to a fifth set, the Italian teenager then having to retire injured.

Thanks to his history here, Nadal will rightly be the favourite against the Australian Open winner, who is looking to become the first Open Era player ever to win a second Career Grand Slam.

Having to beat Nadal at the French Open is certainly the toughest challenge in tennis, and arguably one of the toughest tasks in all of sport.

The way he turned it on to ultimately sweep Schwartzman aside shows he’s more than ready for Djokovic, and to go on and win Grand Slam No 21.