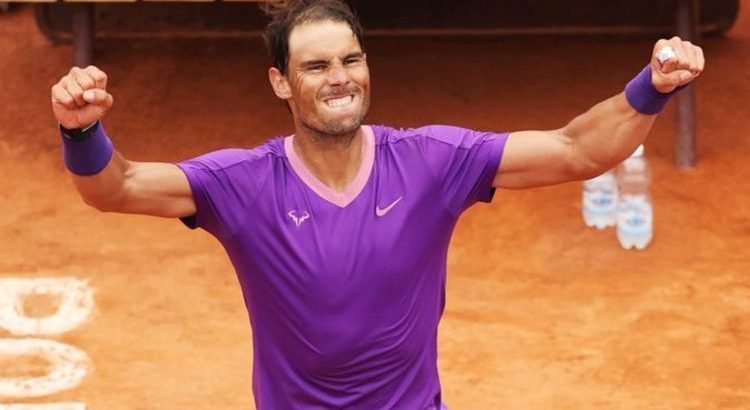 The Spanish ace, who is seeded second for the clay-court tournament, defeated Germany’s Zverev in Friday’s quarter-final clash.

But his win was anything but plain sailing for the Majorcan star, who suffered a big fall mid-way through the match as he came crashing down on his shoulder and wrist, sparking fears he may have sustained lasting damage ahead of the French Open.

But, after taking a little time to pick himself up and recover, Nadal returned to his usual imperious form as he defeated Zverev in straight sets, 6-3, 6-4 to punch his ticket to the semi-finals, where he will take on big-serving American Reilly Opelka. 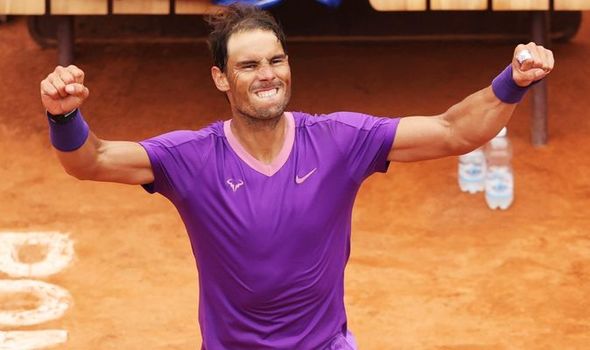 “I’m one of those who think that when you fight, you usually end up getting something in return,” Nadal told reporters during the post-match press conference in Rome.

“That’s what I did. Yesterday I fought a lot, I suffered a lot, but I could find a way to win the match. That gave me the opportunity to be on the court today.

“I played much better today than yesterday. I did a lot of things well, I played more solidly and I think it was one of the most solid matches I have played on clay this year.”

Nadal also reassured fans and media that he hadn’t suffered any lasting effects of his fall.

“Several parts of my body hurt, because I have injuries in different places,” Nadal explained.

“My foot got stuck on the line. I hit my wrist, I got scared a little, but after a few seconds I realised it was nothing.

Nadal then praised his upcoming opponent Opelka as he turned his attention to his semi-final rival.

“He is a very difficult opponent to play,” he said.

“He has a great service.

“I will need to be very focused with my serve and try to have some opportunities for the rest. We will see.”

Nadal also said he was looking forward to returning to Roland Garros for the French Open, which will be played in its usual early-summer slot in the calendar.

Last year’s tournament was pushed back to September and October due to the COVID-19 pandemic, and matches were played in hot, humid conditions in France.

“The conditions at Roland Garros last year were probably the toughest for me, for my style of play, but hey, it wasn’t bad at all,” he said.

“I played very well and I don’t think I lost a set. Sometimes things happen that way.

“But if you ask me what I prefer, I choose to play under normal circumstances without a doubt.”