Rafael Nadal says he is not bothered about equaling or surpassing Roger Federer’s Grand Slam record. The Spaniard can tie level with Federer’s 20 if he lifts the Australian Open trophy over the next fortnight.

The world No 1 got his Melbourne campaign off to the perfect start with a straight-sets win over Hugo Dellien this morning.

And Nadal only has his mind set on his next opponent – the winner of Joao Sousa and Federico Delbonis.

“I think about Sousa or Delbonis. That’s all,” Nadal said. “I think about my practice of tomorrow, try to follow up the level of tennis that I played in the third set.

“That should be my main goal today, no? I need to play at my highest level if I want to keep going on the tournament. 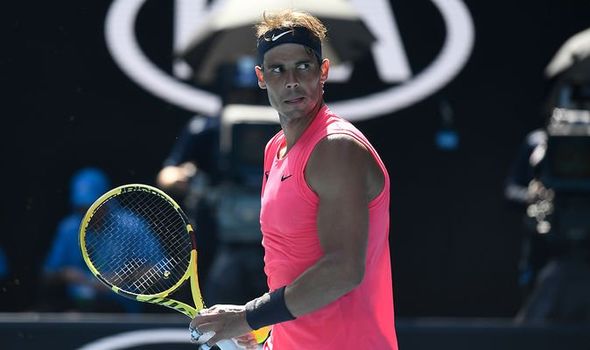 “I am very satisfied about my tennis career because I give it all most of the time. That’s only thing that matters because I don’t think – honestly, something I don’t really think about it.

“I don’t think in the future being achieving 21 Grand Slams, for example, I’m going to be happier than if I am 19 in 10 years.

“I won the US Open few months ago, and I was super happy in that moment. But today I’m happier than if I didn’t win the US Open? Probably not.

“That’s the only thing that matters in this life, no? Of course, I want to do it the best way possible because that’s what I am doing since the beginning of my life almost.

“But only thing I can do is put all my efforts on try to keep going the best way possible. The rest of the things, the future will see.”

However, Nadal’s former Davis Cup team-mate Alex Corretja told Express Sport earlier this month that the 33-year-old will be thinking about Federer.

“One of the best things that Rafa has is that he is very humble and knows how to work day by day,” Corretja said. 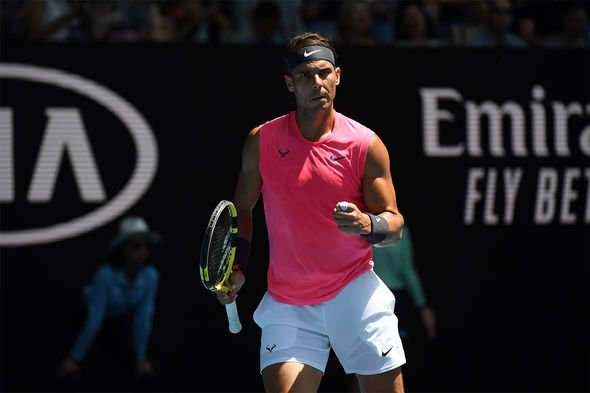 He knows what’s best for him and I think he for sure has it on his mind.

“He is very ambitious and knows the moment. He is playing probably the best tennis of his life over the last month.

“From what I saw in the ATP Cup he is very fresh, moving very well and very athletic. He is loose and very easy on the court.

“You can see he is moving quite simple and that helps his game. He is aggressive so I think he doesn’t need to go and say ‘Yes I am looking forward to tying Roger Federer’.

“He doesn’t need to say that but I am sure that knowing him it is obvious – he knows he can tie Roger.

“That would be no sense to think he can do that. In this season he can tie Roger or maybe even go past him.”