Rafael Nadal ‘taunts right-handed opponents on clay with his high-bouncing forehand’, according to Jason Goodall. The Spaniard will lock horns with Diego Schwartzman in the semi-finals of the French Open on Friday. And he enters the contest as the overwhelming favourite to prevail.

When it comes to the French Open, Nadal has a near flawless record.

He’s won a staggering 98 of his 100 matches at Roland Garros, scooping 12 Grand Slam titles along the way.

Nadal has only lost in Paris when he’s been injured. He exited to Robin Soderling in the fourth round back in 2009, withdrawing from the tournament.

And it was a similar story in 2016, with the 34-year-old forced to pull out of his clash with Marvel Granollers before even taking to the court.

For many, Nadal should swat Schwartzman aside with ease.

But pundit Goodall believes he can be beaten by his 28-year-old opponent, telling ESPN: “Diego Schwartzman has a world-class backhand. 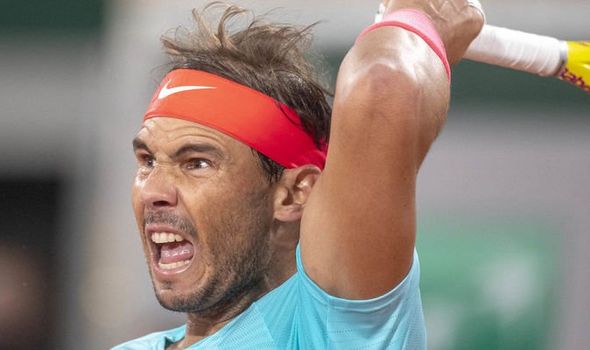 “Schwartzman needs to take advantage of these slow, damp conditions that yield a low bounce to take the backhand at a normal height early, and when Nadal drops a ball short Diego has to change the direction of the rally.”

Goodall then added: “Nadal tries to dictate play and dominate points, forcing opponents into errors or forcing them to take too many undue risks in order to try to beat him.

“That didn’t pan out for him in Rome, but Rafa has to trust in his ability over five sets.

“Schwartzman’s energy reserves are more depleted than his own. Nadal has to stick to his game plan and challenge Schwartzman to play defense for over five hours.” 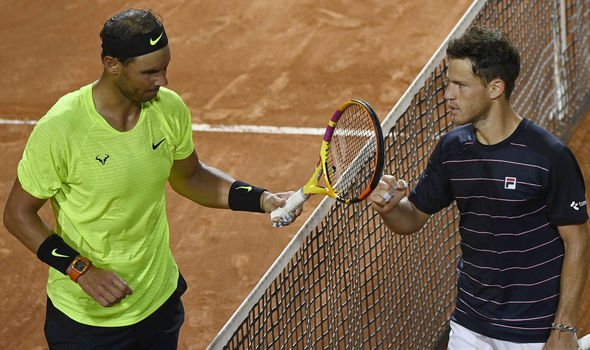 Brad Gilbert thinks Nadal will make two adjustments to his game in order to secure victory, saying: “I expect Rafa to have a little more pop on his shots and to make adjustments in his court position.

“He needs to be more adventurous on his serve and to try to break down Diego’s forehand because that backhand is phenomenal.

“Nadal should beat up on some second serves. If Diego is winning 60 per cent of his second points, Nadal could be in trouble.”

Gilbert also labelled Schwartzman’s style of play as ‘astonishing’, with the Argentine inferior to Nadal when it comes to height.

“Schwartzman doesn’t play like he’s 5-foot-7, the way he takes time away from an opponent,” he said.

“He takes the ball earlier than most, with compact swings, so the ball is on you quickly – even on a slow court.

“His success just goes to show you could be big or little, but if you get court position and take time away from an opponent you have a lot to work with.”

Should Nadal beat Schwartzman, he’d be just one win away from matching Roger Federer’s Grand Slam haul of 20.

The Swiss star opted against playing in the competition this year but could feature in January’s Australian Open.