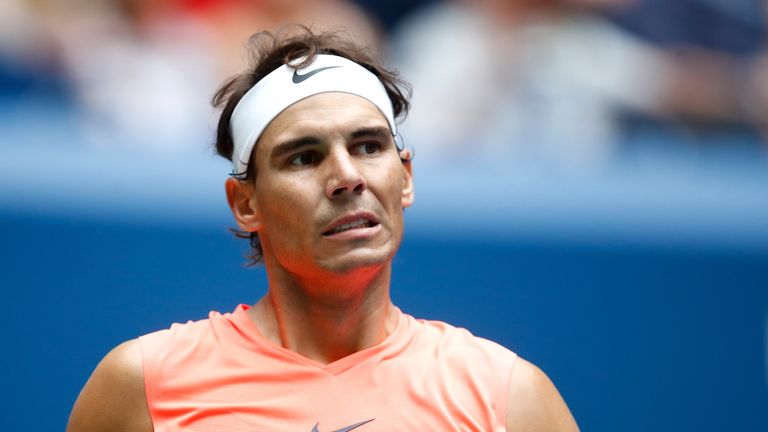 Rafael Nadal has pulled out of the Paris Masters with an abdominal injury, meaning Novak Djokovic is guaranteed to return to world No 1 on Monday.

The Spaniard was due to play his first match since his US Open semi-final retirement against Juan Martin del Potro but withdrew shortly before his second-round match against Fernando Verdasco.

Nadal arrived at the final regular tournament of the season targeting his 34th Masters 1000 title and needed to match Djokovic’s performance to remain at the summit of the men’s rankings.

It is unclear whether Nadal, whose spot in the draw will be taken by lucky-loser Malek Jaziri, will be able to feature at the season-ending ATP Finals in London next month.

“My abdominal muscles haven’t felt good for the past few days, especially on service, doctors recommended that I didn’t play,” Nadal said.

Nadal’s decision to pull out means he has now withdrawn or retired from four of the five hardcourt events he has entered this season.

The 32-year-old was forced to retire injured against Marin Cilic in the Australian Open quarter-finals and has missed events in Beijing and Shanghai since his retirement at Flushing Meadows in September.

“It’s been a difficult year for me in terms of injuries, and so I’d prefer to avoid doing anything drastic,” he added.

“It wouldn’t have been good for me nor anyone to return to the court knowing that I wouldn’t be able to play my best.

Djokovic, who defeated Joao Sousa on Tuesday for his 19th consecutive victory, will become the first player to have been ranked outside the top 20 and then lead the standings in the same campaign since Marat Safin in 2000.

Milos Raonic also withdrew from the tournament, citing a right elbow injury, which handed Roger Federer a walkover to the last-16.

The 20-time Grand Slam champion, playing in the event for the first time since 2015, will now meet Fabio Fognini on Thursday, after the Italian 13th seed also benefited from a withdrawal by Marton Fucsovics.