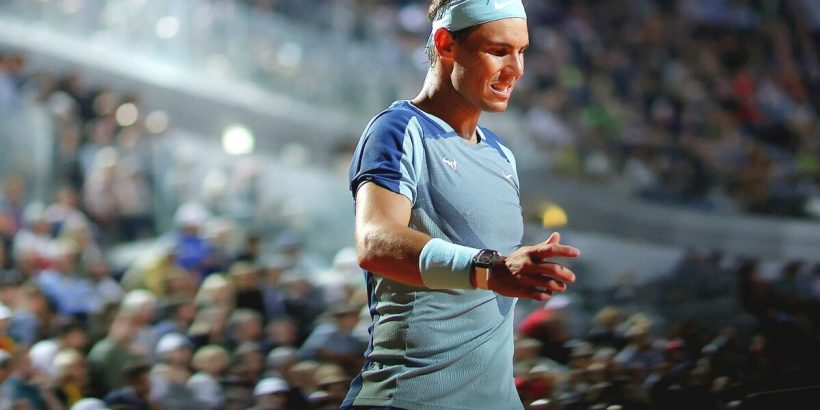 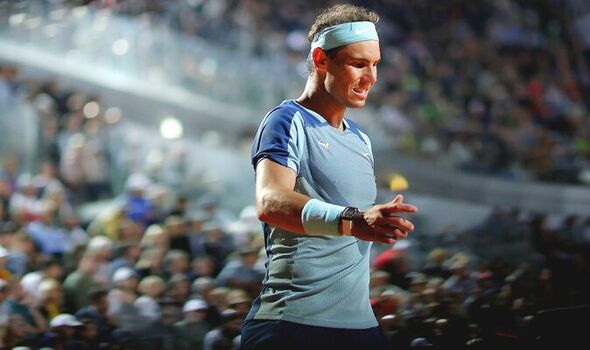 Rafael Nadal’s chronic foot injury flared up once again during his three-set loss to Denis Shapovalov at the Italian Open on Thursday. The world No 4 has been dealing with Mueller-Weiss Syndrome throughout his career and attempting to manage it since 2005, but it kept him sidelined for half of last season and is now bothering him once again.

Nadal was leading 6-1 in his third-round match against the world No 16 on Thursday but started to struggle with his foot midway through the second set, ultimately losing 1-6 7-5 6-2. After suffering defeat, he said: “I am not injured, I am a player living with an injury.”

His physical struggles came days after he admitted the foot problem was incurable when a reporter raised concern over his limp following a three-set victory over David Goffin in Madrid last week. “I have a chronic foot injury which has no treatment. That’s part of my life,” he admitted, referring to his Mueller-Weiss Syndrome.

Mueller-Weiss Syndrome is a chronic pain in the mid-section of the foot which has a big effect on the navicular bone, which in a tennis player is essential for strong movement on the court. It first began to affect Nadal 17 years ago, in his breakout season when he won Barcelona, Monte Carlo, Rome and his first Major title at the French Open.

JUST IN: Djokovic under pressure to extend crazy Rome record after Nadal loss

Then 18, Nadal first felt something in his left foot during the Madrid Open of that year, which left him struggling to walk. His uncle, former Barcelona footballer Miguel Angel Nadal took the world No 4 to a foot specialist he knew from his time playing for the Spanish club but the problem still went undiagnosed.

The 21-time Major champion opened up on his first diagnosis of Mueller-Weiss Syndrome in his 2011 biography, which came two months after he saw the first specialist, and left him fearful he would be forced to retire aged just 19. “Having diagnosed the problem, the specialist delivered his verdict,” he wrote.

“It could be, he pronounced, that I’d never be able to play competitive tennis again. I might be forced to retire, at the age of nineteen, from the game in which I had invested my life’s dreams. I broke down and wept; we all wept.” But he has been able to manage the problem throughout his career by using special insoles, though it has clearly become harder to cope with the issue in recent years.

After losing in the French Open semi-finals 11 months ago, Nadal played just two more matches all year as he was forced out with the chronic foot injury, and even underwent a medical procedure to manage the issue despite there being no cure. But he proved he could still come back from the ongoing injury as he arrived in Melbourne in January and managed to win a record 21st Grand Slam.

Even during his run to the Australian Open title, Nadal was admitting that less than two months prior he didn’t know whether he’d be able to return to a tennis court again. He is still eyeing the French Open title after his latest setback with the chronic injury, saying after his loss to Shapovalov: “It’s still the goal. [It’s] in a week and a couple of days and I’m gonna keep dreaming about that goal.”