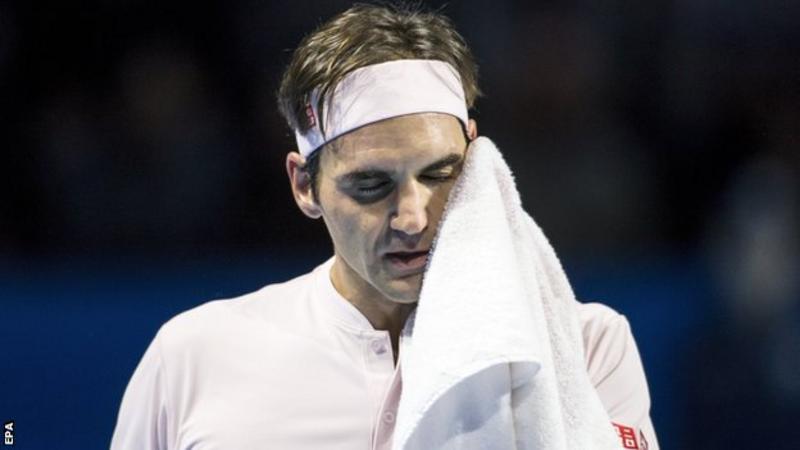 World number three Federer, 37, saved a set point and then dominated the tie-break as he took the first set.

There were five breaks of serve in the second as Simon levelled, before Federer won the decider.

Apart from 2016 when he was absent from the tournament, Federer has reached every final since 2006. His last quarter-final defeat was 19 years ago, as an 18-year-old against Britain’s Tim Henman, and he has only lost once in 14 previous semi-finals appearances.

The 20-time Grand Slam winner will play either Greek Stefanos Tsitsipas or Russian Daniil Medvedev in the last four.

At the Vienna Open, top seed and home favourite Dominic Thiem lost in the quarter-finals to Kei Nishikori, the Japanese winning 6-3 6-1.