Roger Federer thanks frontline worker for efforts in pandemic

Roger Federer has withdrawn from the Australian Open as he continues to recover from two operations on his knee, his agent has confirmed. Work is going on to devise a 2021 calendar for the 20-time Grand Slam champion. But he will not take part in the tournament, that is scheduled for February 2021.

Federer will not take part in the Australian Open in February as his recovery continues from two operations he has had on his right knee.

His agent, Tony Godsick, revealed the news on Sunday – who is Federer’s longtime representative and CEO of their management company, TEAM8.

Instead, the 20-time Grand Slam champion is working on a calendar for the year, though it will mean the Australian Open will come too soon – despite itself being delayed.

Godsick said: “Roger has decided not to play the 2021 Australian Open. 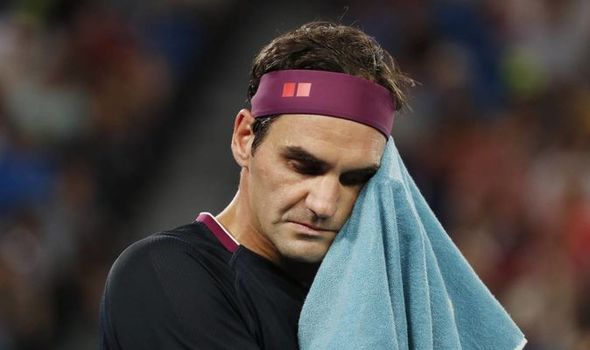 “He has made strong progress in the last couple of months with his knee and his fitness.

“However, after consultation with his team, he decided that the best decision for him in the long run is to return to competitive tennis after the Australian Open.

“I will start discussions this coming week for tournaments that begin in late February and then start to build a schedule for the rest of the year.”

Federer is currently fifth in the world despite his absence from the sport – which saw him miss half a year after needing an operation to his right knee.

The Swiss Maestro initially aimed to be fit for the first Grand Slam of the season – the Australia Open.

But the 39-year-old has now ruled himself out of that competition, a decision that was advised by coaches Severin Luthi and Ivan Ljubicic and fitness coach Pierre Paganini.

It was the 2020 Australia Open where Federer last was seen in action at a Grand Slam, a tournament that showed the tennis star in clear pain as he lost to Novak Djokovic in the semi-finals.

He would later appear in an exhibition match with Rafael Nadal in front of 50,000 people in Cape Town, South Africa.

Weeks after, he announced that he would be undergoing surgery on his knee that would sideline him for four months.

And upon return, Federer would have to go under the knife once more – that saw him miss the rest of the season.