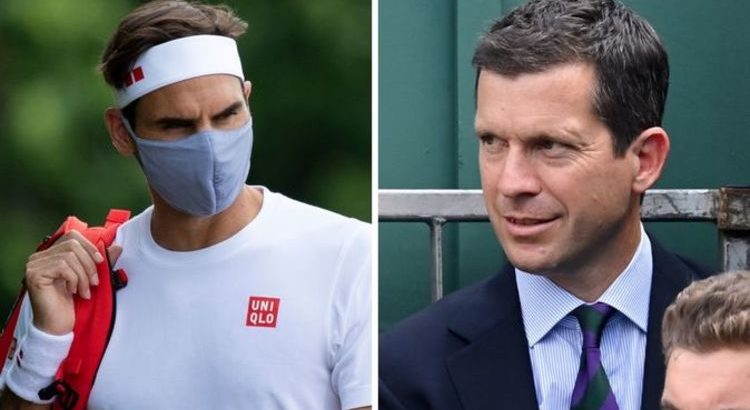 Roger Federer has come through his opening three matches at Wimbledon to reach the second week of a Grand Slam for the second time in a row, but Tim Henman doesn’t feel the former world No 1 has a strong chance of winning his ninth SW19 title. Federer has played limited tennis in 2021 having only returned from a 13-month injury lay-off earlier this year.

An unexpected run into the fourth round at the French Open saw Federer withdraw before his match against Matteo Berrettini to focus on getting ready for Wimbledon.

But his preparations took a hit with a disappointing loss in the second round of the Halle Open.

That raised some question marks on what Federer could realistically achieve at Wimbledon and there was certainly some issues in his first-round match against Adrian Mannarino.

The Frenchman eventually withdrew ahead of a fifth-set decider with injury and Federer admitted after the match that he was “lucky” to get through. 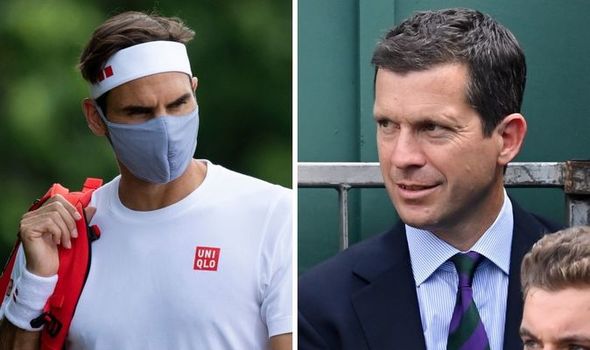 A more commanding win followed against Richard Gasquet before Federer knocked out Cameron Norrie in the third round.

Now, the 39-year-old is just a few wins away from reaching another Wimbledon final.

First he must get past Sonego today with a potential match against No 2 seed Daniil Medvedev in the quarters.

Former British No 1 Henman admits that Federer’s track record on grass means anything is possible.

But he hasn’t seen enough of Federer yet to feel confident that he can challenge for Grand Slam number 21.

“Federer has moved in the right direction but I still think there needs to be a lot of improvement in his game if he’s going to progress,” Henman said on BBC.

“Against Mannarino and Norrie, they were two lefties and they were awkward.

“I thought his level of play was pretty average from what we’ve come to expect. 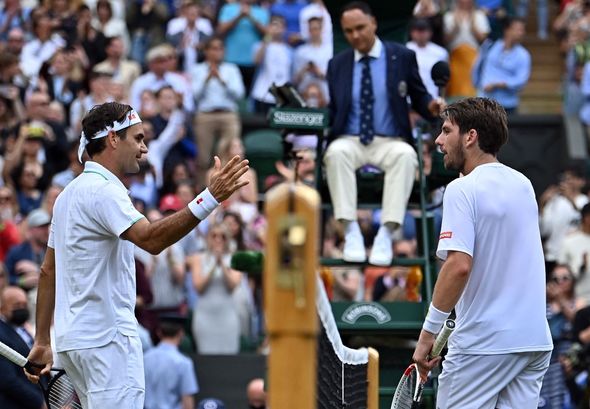 “But in the context of the last 18 months where he’s played so little tennis and then against Gasquet in the middle, that’s when he looked a lot more comfortable.

“But there’s no doubt that he’s got to keep improving his form.

“He’s given himself that chance. He’s through to the fourth round for the 411th time or whatever it is so anything is possible.

“When you’re talking about Federer on a grass court, he’s still in with a chance.”