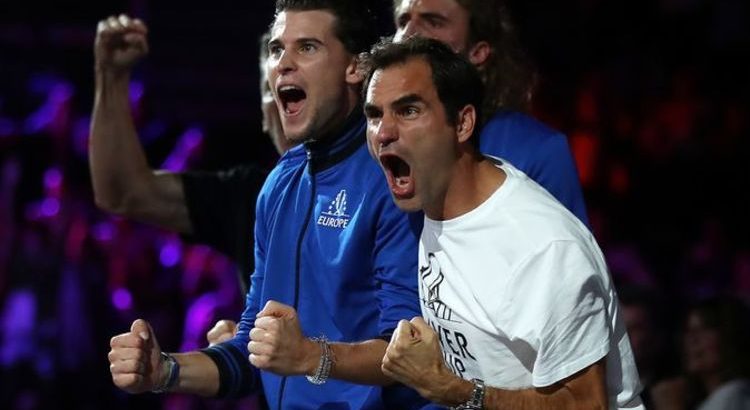 Roger Federer to miss US Open and undergo knee surgery

Roger Federer has confirmed that he will not be playing in his own event, the Laver Cup, after announcing his surgery plans. The world No.9 revealed on Sunday (August 15) that he would be undergoing his third knee surgery since the start of 2020 after suffering a setback with his ongoing injury during the grass court season. Dominic Thiem was also forced to withdraw from the Ryder Cup-style tournament after announcing he would be taking the rest of the season off as he recovers from a wrist injury.

Federer has been part of Team Europe since the inaugural Laver Cup in Prague in 2017.

He created the tournament with his management company, TEAM8, in partnership with Tennis Australia and the USTA, naming it after tennis legend Rod Laver.

Team Europe has lifted the trophy in every Laver Cup event so far, with the most recent edition being played in Federer’s home country of Switzerland in 2019.

The 40-year-old said: “I’m really disappointed to be missing this year’s Laver Cup. Team Europe has an incredible line-up though and I wish them all the very best as they go for their fourth Laver Cup win.”

JUST IN: Former world No 1 Halep no longer afraid of Covid after receiving jab

Federer said he decided to take the surgery route after checks with doctors following the grass court season.

“I will be on crutches for many weeks and then out of the game for many months,” he said.

Later in his announcement video, Federer added: “I want to be running around later and I want to give myself a glimmer of hope to return to the tour in some shape or form.

“I am realistic don’t get me wrong, I know how difficult it is at this age right now to do another surgery and try it.”

The announcement has fuelled retirement rumours that were already surrounding Federer, though his parents recently remained tight-lipped when asked about their son’s future in tennis.

In an interview with Blick, his mother Lynette Federer said:  “These are personal things that stay within the family.”

While she never expected her “Rogi” to still be playing professionally aged 40, Lynette added: “He certainly follows his instinct and love of the sport. In addition, his body has coped with this relatively well at a high level over the past 25 years.”

Meanwhile, defending US Open champion Thiem has joined Federer in withdrawing from the 2021 Laver Cup in Boston.

The world No 6 announced on Wednesday (August 18) that he would not be returning to New York to defend his maiden Grand Slam title, and has taken the rest of the season off as he recovers from a wrist injury he picked up at the Mallorca tournament in June.

In their absence, Stefanos Tsitsipas, Andrey Rublev and Casper Ruud have been confirmed as the final members of Team Europe ahead of the fourth Laver Cup, which takes place from September 24-26. Alexander Zverev, Matteo Berrettini and Daniil Medvedev will also represent Team Europe.

Team World, coached by seven-time Major champion John McEnroe, are yet to announce the final three members of their team.

Young Canadians Denis Shapovalov and Felix Auger-Aliassime will be competing in the event, as well as Uruguay’s world No.14 Diego Scwartzman.

The remaining players will be revealed later in the week, with hopes that Nick Kyrgios will return for the fourth time in a row as the event comes to the TD Garden, home of his favourite NBA team the Boston Celtics.

The Laver Cup has produced countless memorable moments over its past three editions, most famously when Federer and Rafael Nadal found themselves on the same sides of the net for the doubles.
Source: Read Full Article