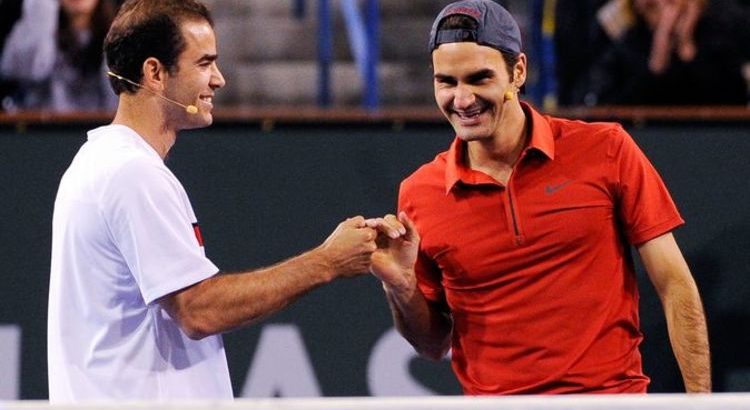 Roger Federer has been the subject of retirement rumours as he continues to battle an ongoing knee injury. The world No 9 returned to the tour this year after two knee surgeries in 2020 but has played just a handful of tournaments in what has been a stop-start comeback. With his career further thrown into doubt after he recently admitted everything is now “uncertain”, one of his former coaches has shared a piece of retirement advice with him.

Federer was due to play the National Bank Open in Toronto this week, as well as next week’s Western & Southern Open in Cincinnati, in the lead-up to the US Open.

He had already pulled out of the Olympics, revealing he suffered a “setback” with his injury during the grass court season, but at the time said he hoped to be back later in the summer.

The 20-time Grand Slam champion was then forced to pull out of both US Open warm-up events citing the knee injury, and has since admitted that he hasn’t done anything “in a long time” because of the knee.

“[The knee] works. I was on holiday. I haven’t done anything for a long time because of my knee. After Wimbledon, I had to let everything sink in first. This week I’ll meet my doctors and my team and then we’ll see what happens next. At the moment everything is still a little uncertain,” he told Blick earlier this week.

Federer hasn’t played since Wimbledon, where he had an impressive run until his quarter-final loss to Hubert Hurkacz.

Federer, who turned 40 on Sunday (August 8), admitted that the recovery process is a lot longer now he’s older, which leaves things up in the air when trying to plan a return to tennis.

He said: “Earlier it was different. The questions were simple: What is my ranking? What’s my next tournament?

“Today it’s trickier: how would I feel if I started exercising again? What can I achieve? What are my goals? How do I get everything under one roof with the family? What does the rest of the team say? Today I am much more astute than before, the attitude is different. It’s really completely different from ten years ago.

“You need more time for everything. If you had a blocked back in the past, it went on for two days and everything was fine again. Today it can be two weeks. You are more patient with the pain you are in, with yourself, with returning to the field.”

While there are fears the Swiss star may need to give into his body and retire if he cannot successfully recover his knee enough to return to competition, his former fitness trainer has shared his thoughts on how the former world No 1 should retire, pointing to one of Federer’s idols.

Speaking to Sebastian Torok of La Nacional ahead of Federer’s 40th birthday, former physio Paul Dorochenko said: “I would also like him to retire on his own terms as Sampras did.”

Federer has often cited Sampras, known as ‘Pistol Pete’, as one of his idols.

The American held the record for most Major titles won by a male player with 14, before Federer broke the record along with Rafael Nadal and Novak Djokovic.

Sampras had a disappointing summer in the lead up to his final tournament, the 2002 US Open, having lost in the second round of Wimbledon and suffering defeat at the hands of low-ranked opponents in the North American hard court swing.

Coming into the final Grand Slam of the year, he was a doubt to go deep in the tournament despite re-hiring his old coach Paul Annocone after his early exit at the All England Club.

He managed to capture his then-record 14th Major in Flushing Meadows that summer and did not end up competing in any tour events for the next year, though he didn’t announce any plans to retire.

Ahead of the upcoming US Open in 2003, where he would have been the defending champion, Sampras announced his retirement, making him the only man to win the final Grand Slam tournament he competed in.