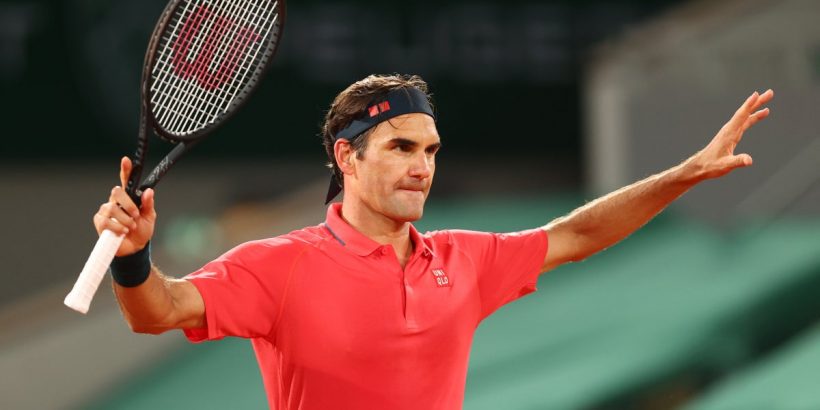 Roger Federer has withdrawn from the French Open due to discomfort in his knee after Saturday’s gruelling fourth-round victory over Dominik Koepfer.

Federer, who underwent two knee surgeries in 2020, admitted after his three-hour victory that he was unsure if he would be fit to face Matteo Berrettini for a place in the quarter-finals.

A statement on Sunday confirmed he had chosen to withdraw, having always made clear his priority is to be in full health for Wimbledon this summer.

“After discussions with my team, I decided that I should withdraw from the French Open today,” the 20-time grand slam champion said. “After two knee surgeries and over a year of rehabilitation it’s important that I listen to my body and make sure I don’t push myself too quickly on my road to recovery. I am thrilled to have gotten three matches under my belt. There is no greater feeling than being back on court.”

The 39-year-old had played just three matches in the 16 months prior to Roland Garros and had always preached caution over his expectations coming into the clay court season, insisting his aim was just to regain match fitness.

Nevertheless, Federer defeated Denis Istomin and 2014 US Open champion Marin Cilic before an error-strewn performance against Koepfer highlighted the lengths he still has to recover.

Rafael Nadal, who has won the last four French Opens in succession, will surpass Federer’s grand slam tally if he is successful once again this week in Paris.

Tournament director Guy Forget said: “The Roland Garros tournament is sorry about the withdrawal of Roger Federer, who put up an incredible fight last night.

“We were all delighted to see Roger back in Paris, where he played three high-level matches. We wish him all the best for the rest of the season.”

It remains to be seen whether Federer, who turns 40 in August, will compete again at Roland Garros as questions inevitably loom over his possible retirement. However, before then he has a clear focus on the grass court season and a bid for a ninth Wimbledon crown.