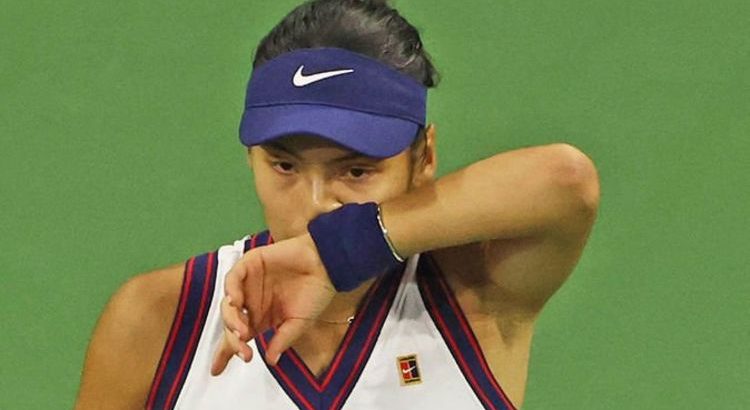 Emma Raducanu is currently looking for a new coach. And her defeat at Indian Wells suggests it’s a decision she must take time over in order to get right. Roger Federer has already warned the Brit about having the right people to ‘mentor and coach’ the 18-year-old as she faces new-found pressures within the game.

Raducanu went into her Indian Wells match with Aliaksandra Sasnovich recently expected to win, especially after her US Open triumph last month.

But the Brit endured a troublesome evening, with Sasnovich winning 6-2, 6-4.

In the aftermath of that defeat, Raducanu was criticised by former British star John Lloyd for recently splitting with coach Andrew Richardson.

“I find it hard to believe Emma made that decision,” he said.

“Look at the celebrations Emma had with Richardson and the team after she won the US Open.

“She described it as the most joyous moment of her career. Three weeks later, that relationship was over.

“It’s a staggering decision. I hope Richardson was sitting down when he received the phone call.

“If I was him, my question would have been: what else could I have done? Yes, it was a temporary arrangement but you have just been dumped after the biggest upset in tennis history. It’s mind-boggling.

“You won a Grand Slam with this team. Why change that? Why not give it a few months?”

Yet Raducanu would be wise to wait. There’s no point rushing into anything, especially when she has so much to learn.

The tennis world can be a difficult one to live in at times. Raducanu won’t face too much criticism for her defeat at Indian Wells, rightly so.

But Naomi Osaka is an example of what happens if you fail to win. In this jungle digital age, social media abuse can be rife.

More losses like this and the sharks will, unfortunately, be out. It’s an ugly truth, applying to any sport in the world.

And Federer previously warned Raducanu about having the right people around her to cope with both setbacks on the court and social media life.

“I was following Emma Raducanu’s incredible run in Wimbledon and also Naomi Osaka these last few years – it’s been amazing, both of their stories,” he said in September.

“But it hurts when you see what happens and when they don’t feel well.

“The stress is so great. And I think a lot has to be down to social media: the first ten years of my life there was no social media, maybe I had just a website, then the next ten years social media was everywhere.

“We need a revolution. Or at least an evolution of where we are today.

“I think we do need to help, coach and mentor the younger generation more.

“I can’t imagine going through the beginning of my career with social media; I have no clue how I would have handled it.

“For every ten nice comments there’s always one negative comment and, of course, that is the one you focus on. It’s a horrible situation.

“Even when I am feeling down I know I need to act a certain way in front of the world’s press.

“We need to remember that tennis players are athletes and professionals, but we are also human too.”

Raducanu admitted after the match against Sasnovich that she was still ‘new to everything’.

“I mean, there’s going to be disappointment after any loss,” the 18-year-old admitted.

“I didn’t go in there putting any pressure on myself because in my mind I’m so inexperienced that all these, I’m just taking it all in.

“She has played; you could tell she’s more experienced than me. She went out there and executed her game plan better than I did.

“She, of course, deserved to win that.

“I think it’s going to take me time to adjust really to what’s going on. I mean, I’m still so new to everything.

“Like the experiences that I’m going through right now, even though I might not feel 100 per cent amazing right now, I know they’re for the greater good.

“For the bigger picture, I’ll be thanking this moment.

“So, yeah, that’s the lesson I think, that you can easily get sucked into being so focused on the result and getting disappointed.