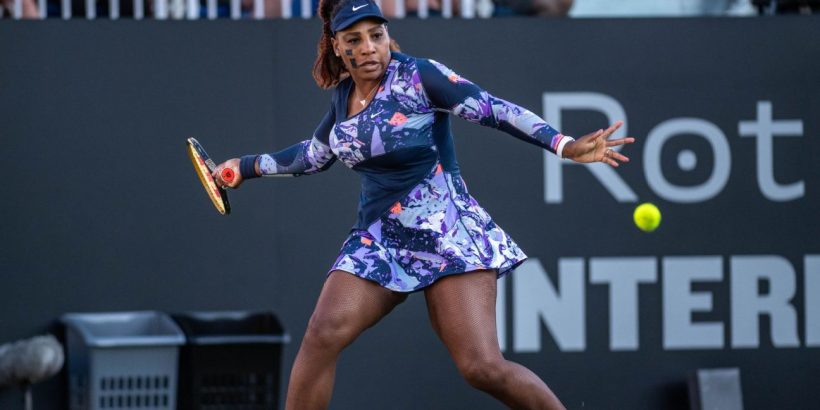 Serena Williams’ comeback tournament at Eastbourne is over after her doubles partner Ons Jabeur withdrew with a knee injury.

The duo was set to face Magda Linette and Aleksandra Krunic in the semifinals but those two have now advanced to the final following Jabeur’s withdrawal.

The tournament was Williams’ first action in nearly a year with her last match coming in the first round at Wimbledon in 2021 where she suffered a hamstring injury. She then withdrew from the US Open and Australian Open citing her health, and was absent at the French Open.

But Williams, 40, is back in the draw for Wimbledon this time around as she looks to secure her 24th singles Grand Slam title.

Williams and Jabeur had impressed at Eastbourne in their partnership dubbed ‘OnsRena’ as they defeated Sara Sorribes Tormo and Marie Bouzkova 2-6, 6-3, 13-11 in the first round before dispatching Shuko Aoyama and Hao-Ching Chan in the second round 6-2, 6-4.

But their journey on England’s south coast is now over, with the announcement Jabeur has picked up a knee injury. But the duo will hope to make a charge for the women’s title at Wimbledon with the tournament starting on Monday.