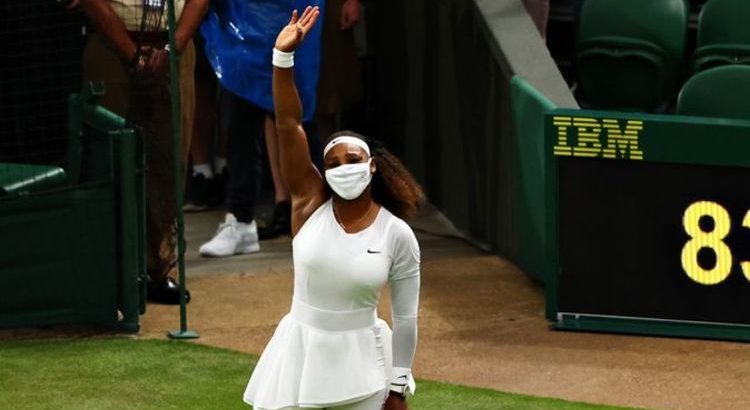 Tennis Grand Slams: Who is the greatest of all time?

Serena Williams is targeting a US Open return after a freak injury forced her to retire from the first round at the Wimbledon Championships last month, her agent Jill Smoller has revealed. The news comes as a boost to Williams fans, as the players continues her search for a 24th Grand Slam title.

Williams was one of a few victims of the slippery centre court surface in the opening few days at the All England club.

The former World No 1 slipped during her match against Aliaksandra Sasnovich on the first day of the tournament.

She tried to continue but eventually withdrew with the match level at 3-3 in the first set.

Several tennis stars criticised the playing conditions on centre court and tournament organisers were even forced to defend the courts.

“Not easy to move out there.”

Australian Nick Kyrgios launched a scathing attack on the Court No 1 surface in a rant into a court-side microphone.

“They’ve made it slow,” Kyrgios continued. “This isn’t grass anymore. This is slow. Slow. Try watering it. Make it a grass court again, thanks.”

There was some concern that Williams might be out for a while with her leg injury but it now appears that the 23-times Grand Slam champion might return for August’s US Open.

Smoller, a representative of Williams, has said that the star is progressing well with her recovery.

The agent apparently went on to confirm to the organisation that the 39-year-old will feature at the US Open, which begins on August 30.

Wimbledon released a lengthy statement after several players were forced to retire through injury in the opening days of the Championship.

Mannarino had gone two sets up against Federer, only to be pegged back to 2-2 before his slip proved costly.

“The preparation of the grass courts has been to exactly the same meticulous standard as in previous years,” An All England Club statement issued on day two of Wimbledon read.

“Each grass court is checked by the Grand Slam Supervisors, Referee’s Office and Grounds team ahead of play commencing, and on both days of the Fortnight they have been happy with the conditions and cleared the courts for play.

“The weather conditions on the opening two days have been the wettest we have experienced in almost a decade, which has required the roof to be closed on Centre Court and No.1 Court for long periods.

“This is at a time when the grass plant is at its most lush and green, which does result in additional moisture on what is a natural surface.

“With each match that is played, the courts will continue to firm up.”