Sloane Stephens recorded her fifth straight win over top seed Angelique Kerber to reach the semi-finals on her debut appearance in the WTA Finals in Singapore.

Stephens made it three wins out of three in the Red Group with a 6-3 6-3 victory in an hour and 40 minutes to set up a last-four contest with Karolina Pliskova.

Elina Svitolina will take on Kiki Bertens in the other semi-final after Bertens’ opponent Naomi Osaka was forced to retire from their group match due to a thigh injury. 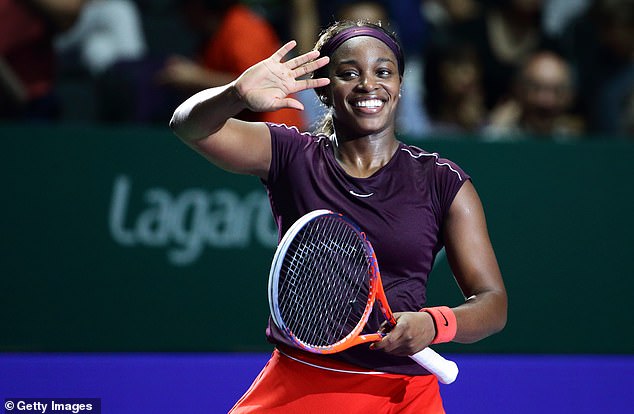 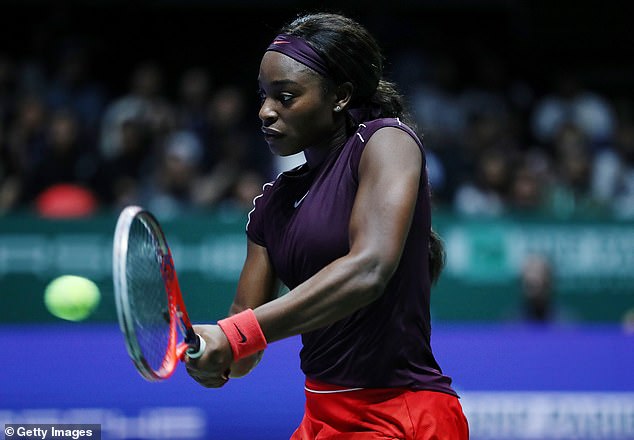 Stephens had to save break points in each of her first two service games before breaking Kerber twice to surge into a 5-2 lead, although the 25-year-old then missed an easy forehand on her first set point.

That error threatened to prove costly when Kerber broke serve to keep the set alive, but the left-hander promptly lost her own serve for a third time to gift Stephens the set.

Two more breaks of serve helped Stephens secure victory and the former US Open champion said: ‘I thought I stayed solid the whole time. I knew it was going to be a battle. I just came out and played as tough as I could and I’m just really pleased to be through with the win.’ 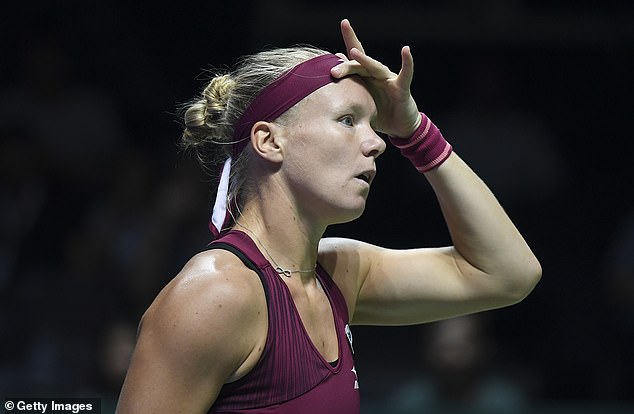 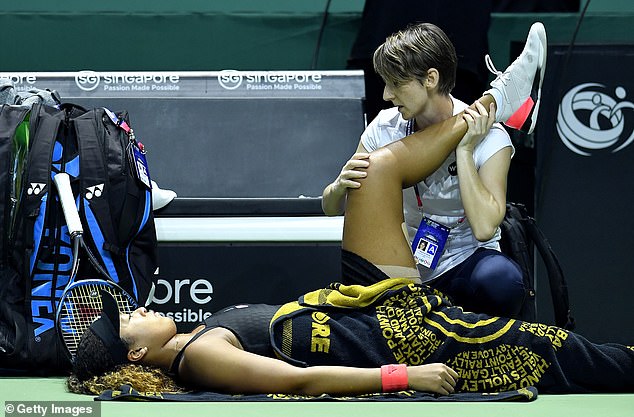 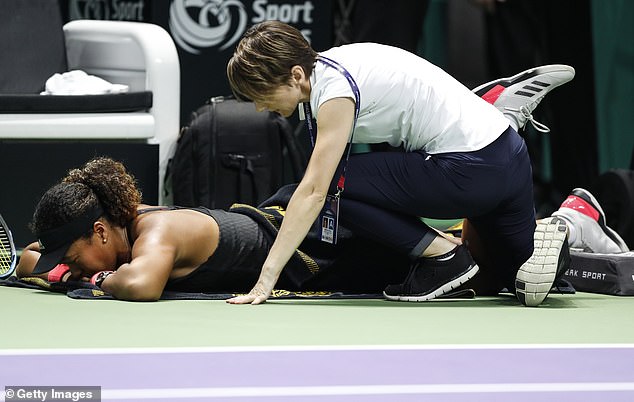 Earlier in the day Osaka took a medical timeout at 5-3 down in the opening set and, after Bertens won the next game to take the set, the 21-year-old US Open champion indicated she was unable to continue.

‘I saw her in the match before that she was struggling a little bit with the hamstring, and of course she was taped today, but I think in the beginning she was still okay,’ Bertens said.

‘It’s never easy or never nice to win a match like this, but it is what it is. I’ll take it and I’ll take my rest, and I have some more recovery time for tomorrow.’