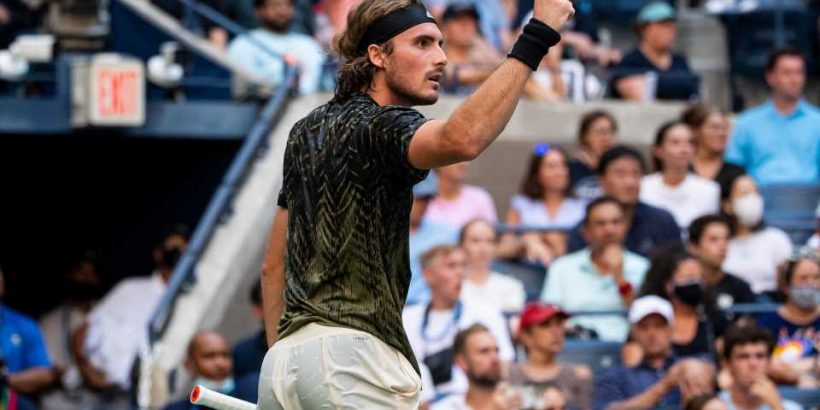 As the saying goes, with a PG modifier: It happens.

Stefanos Tstsipas has embodied the phrase once again during the US Open, with his lengthy bathroom breaks during matches, drawing the ire of opposing players in tournaments during the year.

During Tsitsipas’ match with Andy Murray on Monday, Murray was irritated with another lengthy break, blaming the stoppage in play for the outcome. Murray says the pause took away from Murray’s adrenaline, causing him to stiffen up during the wait.

“It’s just disappointing because I feel it influenced the outcome of the match,” Murray said (via USA Today). “I’m not saying I necessarily win that match, for sure, but it had influence on what was happening after those breaks. I think he’s a brilliant player. I think he’s great for the game. But I have zero time for that stuff at all, and I lost respect for him.”

On Tuesday, Alexander Zverev wouldn’t leave the restroom issue room to rest, adding a little bit of a conspiracy theory to Tsitsipas’ frequent visits to the facilities:

He’s gone for 10-plus minutes. His dad is texting on the phone. He comes out, and all of a sudden his tactic completely changed. It’s not just me but everybody saw it. The whole game plan changes. Either it’s a very magical place he goes to or there is communication there. But I also don’t want to disrespect him. He is a great player. He is No. 3 in the world for a reason. He’s winning tournaments and playing incredible tennis this year for a reason, so it’s not only that. But I do believe, and Andy said it, as well, there is some level of respect that everybody needs to have between players. I feel like, yeah, sometimes – or he might just go to the toilet. We don’t know that. That’s also possible. But it just happens too often, I would say.

While bathrooms are sacred places, the question must be asked: What’s Tsitsipas doing in there? Some players use the time behind closed stall doors to change their clothes, which can be a lengthy process when you include footwear.

Tsitsipas, who defeated Murray in five sets on Monday, enters Wednesday night favored against Adrian Mannarino in their second-round matchup.