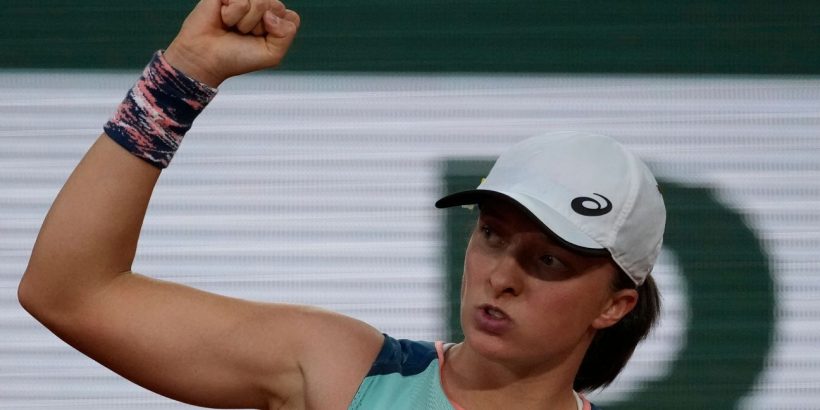 WIMBLEDON, England — Top-ranked Iga Swiatek will host a charity tennis event next month in her home country of Poland to raise funds for children and teenagers impacted by the war in Ukraine.

The one-day event in Krakow on July 23 will feature a mixed doubles exhibition match and a set of singles between Swiatek and compatriot Agnieszka Radwanska. Ukraine soccer great Andriy Shevchenko will be a special guest.

Elina Svitolina of Ukraine will serve as umpire for the event. They hope to sell at least 10,000 tickets.

“I hope that we can see each other in large numbers in TAURON Arena Krakow and in front of the television to show the strength of sport when it unites us in helping and gives us at least a little joy,” French Open champion Swiatek said Wednesday on social media.

Swiatek, on a 36-match winning streak, has been wearing a pin with the Ukrainian colors during her matches. More than 4 million refugees crossed into Poland after Russia invaded Ukraine in February. Poland is providing them with free shelter, social and medical care, education and job opportunities.

The All England Club banned players from Russia and Belarus from competing this year at Wimbledon because of the war.

Swiatek, 21, beat Jana Fett 6-0, 6-3 in her opening-round match at Wimbledon on Tuesday and takes on Lesley Pattinama Kerkhove on Thursday.

The Associated Press and Reuters contributed to this report.