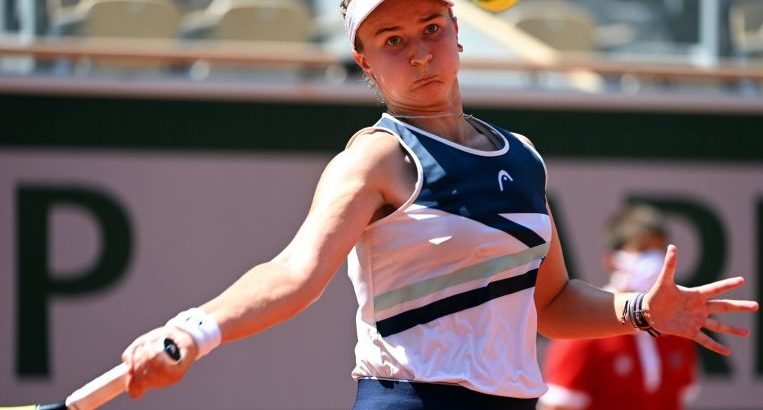 PARIS (AFP) – Barbora Krejcikova paid a poignant tribute to the late Jana Novotna, the former Wimbledon champion who died of cancer aged just 49 in 2017, after reaching her first Grand Slam semi-final at the French Open on Wednesday (June 9).

In doing so, she matched Novotna’s run to the Roland Garros semi-finals in 1990 and 1996, and admitted that her late coach is never far from her thoughts.

“I’m always wondering what she would tell me after such a run, all this winning matches and everything. I’m just really sad I cannot actually hear her and she cannot really say anything.

“I think she would just tell me that she’s very proud,” added Krejcikova.

“She would be just extremely happy. She would just be jumping and screaming. That’s how I remember.

“That’s actually what she was doing when I played ITFs and I won ITFs. I guess maybe it would be even bigger right now.”

The Czech began 2020 without ever having won a main-draw match at a Grand Slam, but a run to the fourth round in Paris last October fuelled her with confidence.

Last year’s third-round win came on the day Novotna would have celebrated her 52nd birthday, with Krejcikova dedicating that victory to the 1998 Wimbledon champion.

Twice a Grand Slam champion in women’s doubles, including at Roland Garros three years ago, Krejcikova always believed she could make the grade as a singles player.

“But I never thought I just want to be a doubles specialist. We won our first two Grand Slams when I was 22.

“It was really frustrating that I just wasn’t able to get there,” she continued.

The 33rd-ranked Krejcikova overcame the 17-year-old Gauff after saving five set points in the opener and then needing six match points to finish the job.

Gauff, the 24th seed and the youngest quarter-finalist at a major in 15 years, was undone by seven double faults and 41 unforced errors.

Krejcikova, who is also through to the last four of the women’s doubles with Katerina Siniakova, claimed her 10th successive tour win having arrived in Paris on the back of a maiden singles title in Strasbourg.

“I’m here and I’m in the semi-finals, and I never really imagined I’d be standing here one day on this court, especially in singles, and being able to win,” she said.

“Already for me this is something I never dreamed of.”