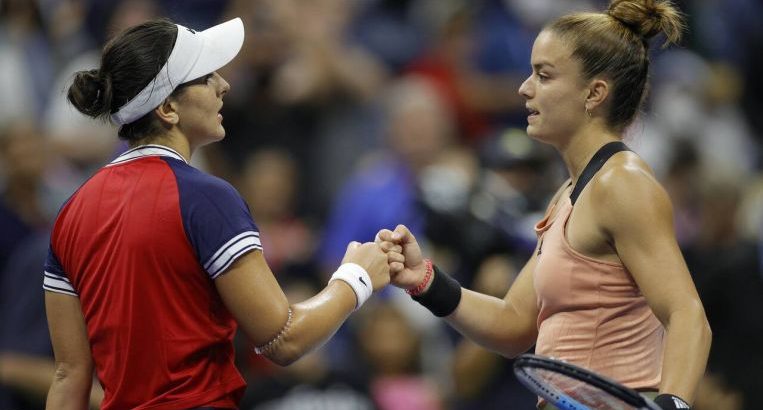 NEW YORK (REUTERS) – Bianca Andreescu saw her US Open winning streak snapped by Maria Sakkari in a brutal three-and-a-half hour encounter on Monday (Sept 6) but while the 2019 champion rued her failure to sew up the match she was satisfied she left everything on the court.

Andreescu, who won the 2019 title in her first main draw appearance at Flushing Meadows but missed last year’s event due to injury, said she knew she would have to battle.

“I was expecting that and I went out there with the right mindset, I think, and I did the best that I could,” Andreescu, who skipped her post-match news conference due to injury, said in comments provided by the WTA.

“I wish I could have finished it in two sets, because I had my opportunities, but tennis is just like that sometimes.

“I take everything from this tournament and I just look at it, like, ‘Wow, I really fought through that. That was crazy’. I was cramping from the start of the third set, and I just kept fighting, and for me that’s all that matters.”

The 21-year-old Canadian will leave New York with a 10-1 win-loss record, which she thought that was “really cool”.

“But I’m not trying to think too far ahead, because I have so much more work to do to get to that level.”

Andreescu was in some discomfort during the deciding set and seemed to be heavily favouring one leg in the closing stages.

She hoped to be fit before her next tournament in Chicago from Sept 27 before the WTA 1000 event in Indian Wells next month.

“At this point I really don’t know, but I slid a couple of times, and I fell on my groin a little bit,” she said. “I hope it’s nothing too serious.”