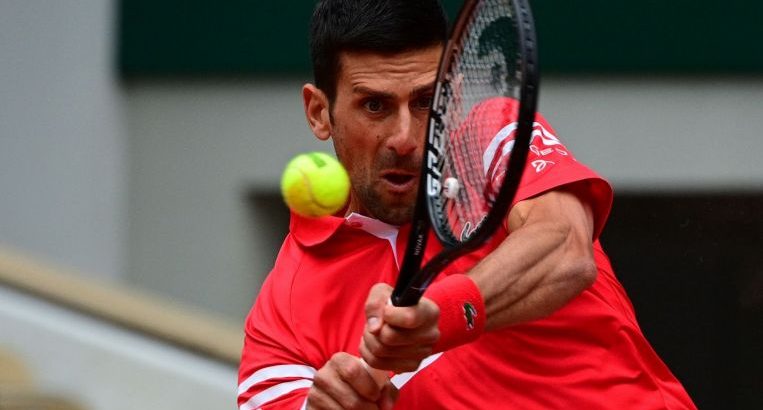 PARIS (REUTERS) – World  No. 1 Novak Djokovic booked his spot in the second week of the French Open with a dominant 6-1, 6-4, 6-1 third-round win over 93rd-ranked Lithuanian Ricardas Berankis on Saturday (June 5).

The 34-year-old Serb came into the match with a 3-0 head-to-head record against Berankis, who had never won a set in their previous meetings, and put in a clinical show on Philippe Chatrier court to stay on course for a 19th Grand Slam title.

A relentless Rafael Nadal, meanwhile, cruised into the last 16 for the 16th time, with a brutal 6-3, 6-3, 6-3 dismantling of Briton Cameron Norrie.

Nadal, who won his 13th title at Roland Garros last year, extended his run at the clay-court Grand Slam to an unbelievable 30 sets won in a row. He last dropped a set against Dominic Thiem in the 2019 final.

Norrie, the world No. 45, battled gamely against the third seed, even breaking Nadal twice in the second set, but the ruthless Spaniard reeled him back in on both occasions, before serving out the one-sided contest a shade over two hours.

Nadal sent down 35 winners, including three aces, and broke Norrie’s serve six times in the match as he stormed into round four, where he will battle Italy’s Jannik Sinner, the 18th seed, for a place in the quarter-finals.

Djokovic, on his part, broke his opponent’s serve six times in the match and such was his domination that he did not face a single breakpoint on his own, losing just five points off his first service.

It is the 12th straight year that Djokovic has reached the fourth round at Roland Garros – a record in the Open Era in Paris and breaking a tie with Nadal and Roger Federer.

The 2016 champion, who hit 30 winners against 18 unforced errors, is yet to lose a set in his three matches and will next face teenager Lorenzo Musetti, who defeated fellow Italian Marco Cecchinato 3-6 6-4 6-3 3-6 6-3.

Djokovic has hit against Musetti a few times at practice but has never faced him in a match and feels the youngster will be a “big challenge” for him.

“I really like how he plays,” Djokovic told reporters. “He’s got a lot of firepower from both forehand and backhand.

“He can play with a lot of spin. He’s got a great feel, come to the net. He can play short balls, dropshots. He can flatten out his serve. He can open up with a good kick and slice. He’s got a really all-around game.

“There is no question I have to go out playing on a high level, because he will not have much to lose. I’m sure he’s gonna come out and really try to play the tennis of his life playing on one of the two big courts.”