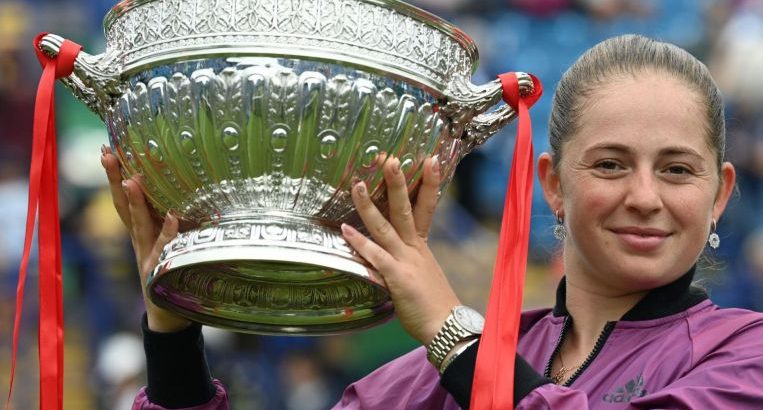 EASTBOURNE, ENGLAND (REUTERS) – Latvia’s Jelena Ostapenko warmed up for Wimbledon by winning an all-Baltic battle against Anett Kontaveit to claim the Eastbourne title on Saturday (June 26), crowning an impressive week with a 6-3 6-3 victory at Devonshire Park.

The 2017 French Open champion has struggled in recent years to match that form but the Latvian’s fourth career title will send her to the All England Club full of confidence.

“There were some close matches, but I was fighting until the last moment.

Estonian Kontaveit had won their two previous meetings but Ostapenko powered to victory in little over an hour.

“If I keep playing the way I played this tournament, I think I can be back in the top 10 and play well.

“I just have to keep that in my mind and work even harder.”