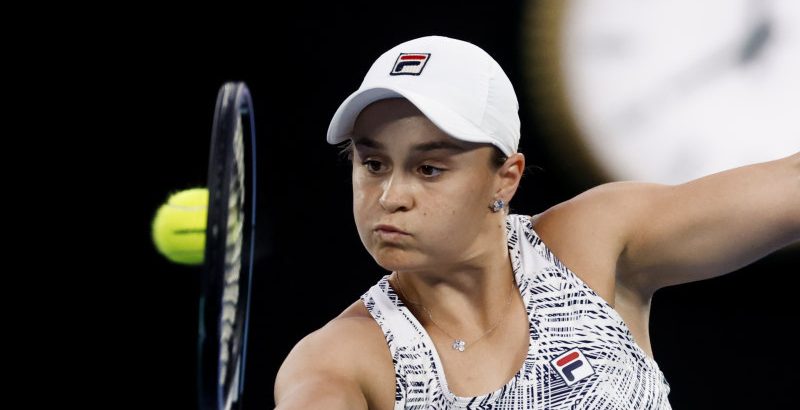 With every Ash Barty win at a grand slam, tennis coaches and administrators throughout the country cheer a little louder.

The impact the Wimbledon and French Open champion has had on participation among adults and juniors in Australia is clear. According to AusPlay, tennis enjoyed more growth than any of the 15 other major sports in the country last year.

Both increases were the highest of the top 15 activities listed in data accumulated by AusPlay, a national population-tracking survey, funded and led by Sport Australia.

The extraordinary leap in participation figures was aided by the pandemic, as tennis was one of the few sports permitted during prolonged lockdowns in Sydney and Melbourne, but prominent Sydney coach Rod Lahey said the key reason behind the increase was the success of Barty.

“Tennis had a very good resurgence with the whole COVID pandemic,” he said. “That’s one of the main reasons. With all the lockdowns – and every other sport was closed – you could still play tennis in some way. 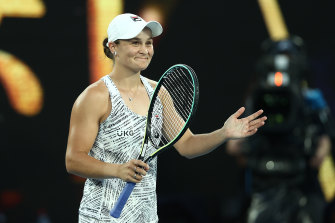 Ashleigh Barty has played a huge role in the resurgence of tennis in Australia.Credit:Getty Images

“There were a lot of people trying it that didn’t usually play tennis. Every court in Sydney was packed through all those lockdown periods. But the success of Ash, that’s even more important.

“Back in the day when you had Lleyton Hewitt, Pat Rafter, Pat Cash, when those guys were doing well, especially in the Australian Open, the phones went crazy.

“It’s similar now. Whenever Ash does well, the phones run hot. The same with the men’s doubles pair [Nick Kyrgios and Thanasi Kokkinakis]. It all helps, especially this time of year.

“When an Australian does well at the Australian Open, it gets tennis in front of everybody.” 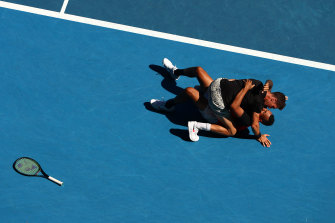 The headline-grabbing antics of Nick Kyrgios and Thanasi Kokkinakis have also lifted the profile of the sport in Australia.Credit:Getty

Tennis Australia’s chief tennis officer Tom Larner told the Herald and The Age the success of Barty, Dylan Alcott and the resurgence of Kyrgios, Alex de Minaur and Kokkinakis were critical to encouraging juniors to give the sport a go.

“We’ve always got a base,” he said. “Australians have a rich history in tennis, and they always love the champions. Given we have large events across Australia, you always have players kids aspire to, whether they’re Australian or not. But we do see this additional spike when there is top Australians playing as well.

“Over the years we have seen that with Lleyton [Hewitt] and Sam [Stosur], but to now have Ash in that position – and we know Nick [Kyrgios] and Alex [de Minaur] drive interest as well – has a big impact.

“To have someone like Ash, who is so well respected and so well liked across the country, it’s definitely played a part.”

Barty’s consistent run deep into the second week of major tournaments keeps the Australian public’s eyes on the sport, and Larner is tasked with ensuring those eyes turn into keen players.

“From our perspective, every time Ash has some success or any of the other Aussies have success, it certainly helps,” he said.

“All the things we have been working on for years, the pandemic and the success of Australians has given people the opportunity to easily come in and get involved in the sport.

“You’ve seen the AusPlay data. For kids, it was one of the only sports that had growth. It had 29 per cent growth in kids.

“The job for us, now, is to keep these people involved in the sport.

“The Aussies doing as well as they do – Ash and Dylan, particularly – and the doubles boys, it certainly helps … The objective for us is making the most of the profile Ash builds for the sport and the interest she drives. Our job is to make it easy for people to have a go.

“We can give kids an opportunity to try tennis and keep them fit and healthy and all the benefits that go with it.”