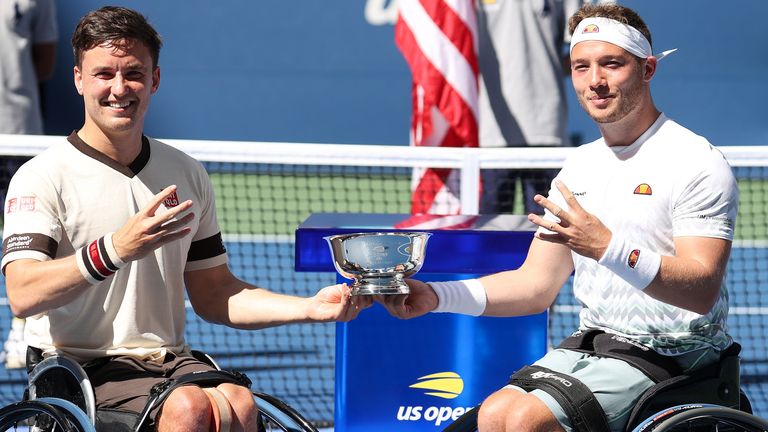 Hewett, who along with Reid won their first US Open title together in 2017, will also play in the men’s singles final against Japan’s top seed Shingo Kunieda on Sunday.

“These are unusual times. It’s been six months since we last had the opportunity to compete.

“A massive thanks to Alfie. It’s now a few in the bag and I hope it’s not the last.”

Meanwhile, fellow Briton Andy Lapthorne failed to defend his men’s quad title after he was knocked out at the round-robin stage following a 6-2 6-1 defeat by Dutchman Sam Schroder.