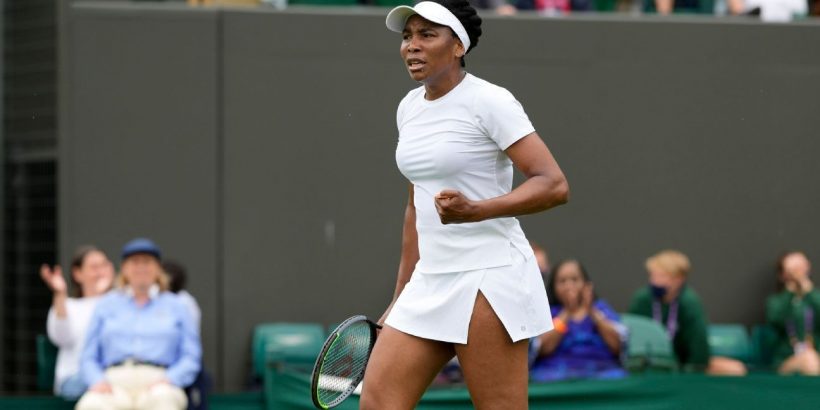 Venus Williams won a match at Wimbledon for the 90th time. She also beat the rain.

The 41-year-old advanced to the second round by defeating Mihaela Buzarnescu 7-5, 4-6, 6-3. The match ended moments before a light shower forced an interruption in play on some courts at the All England Club.

Williams is playing at Wimbledon for the 23rd time. She has won the grass-court tournament five times, most recently in 2008. She is now ranked 111th, and the victory was her first since she won one match at the Australian Open.

Williams put her recent skid in perspective after Tuesday’s win.

“I’m good at what I do. You can’t win them all,” Williams said. “Life is about how you handle challenges. Each point is a challenge on the court. No one gives you anything. I think I handle my challenges well.”

Williams saved five break points in the first set as she pulled ahead. When she closed out the victory, she shouted “Come on!” and celebrated with her familiar pirouette.

Williams overcame eight double-faults and erased 13 of the 15 break points she faced.

It wasn’t all good news for American women Tuesday, though.

Jabeur will next face Williams, who had nothing but praise for the 26-year-old from Tunisia.

“I would say she is one of my favorite people on tour,” Williams said. “Honestly she is just breaking down barriers. You know the first woman from her country to do anything … she just won her first tournament, which is great.

“You’re just going to see a whole generation of women coming from North Africa so I think she is inspiring so many people including me.”