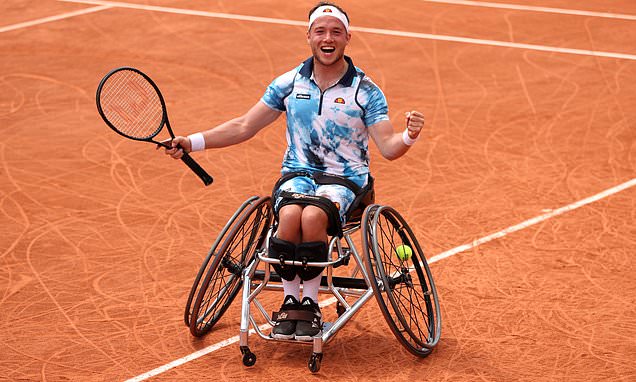 ‘I want to make sure that if it’s my last that I go out on a high’: Alfie Hewett determined to do everything he can to claim his first Wimbledon singles crown, with his future in wheelchair tennis under threat due to a change in classification rules

A five-time Grand Slam singles champion aged only 23, Alfie Hewett should be looking forward to a decade of dominance on the court.

Only things are not so simple for the wheelchair world No 2, who heads into this year’s Wimbledon knowing he may never get another chance to win it.

Hewett’s very future in the sport hangs in the balance because of a change in classification rules – first proposed in August 2019 – which deem his disability to be not severe enough. 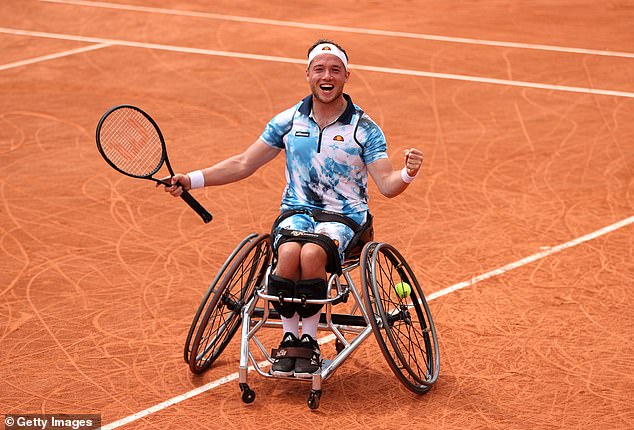 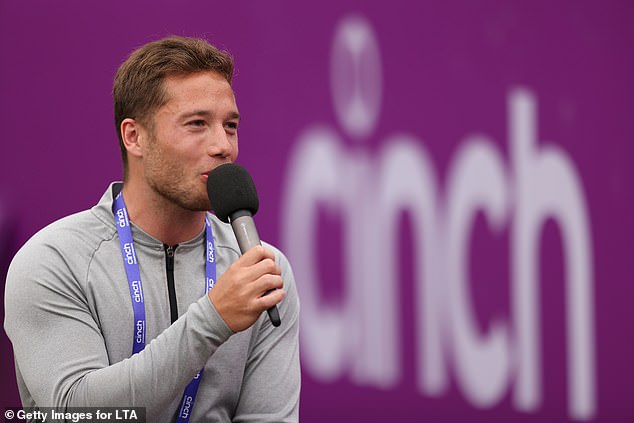 The Briton, who has Perthes’ disease which affects his hip and femur, was granted a temporary reprieve when the Paralympics were postponed by a year, meaning any final call on the new system will not be taken until after the Games finish in September.

However, while Hewett clings to the hope that the decision may be overturned, the threat to his career makes him doubly determined to claim an elusive SW19 singles crown.

‘I’d be lying if I said it didn’t motivate me,’ admits Hewett, who has won three doubles titles at Wimbledon but has never got past the semi-finals of the singles.

‘When I’m back home in the gym or on the court and my coach says, “This could be your last one”, it gives me that extra drive to bust out another 100 metre sprint or whatever it is.

‘I want to make sure that if it’s my last that I go out on a high. I’ve always dreamed of being in the final at Wimbledon and to go and win it would be an amazing achievement regardless of what year it would be. But with the potential of it being the last, obviously there’s an added bit of pressure.

‘Any Brit would be lying if they said that winning Wimbledon is not the pinnacle of their career, so I will give it my best shot.’ 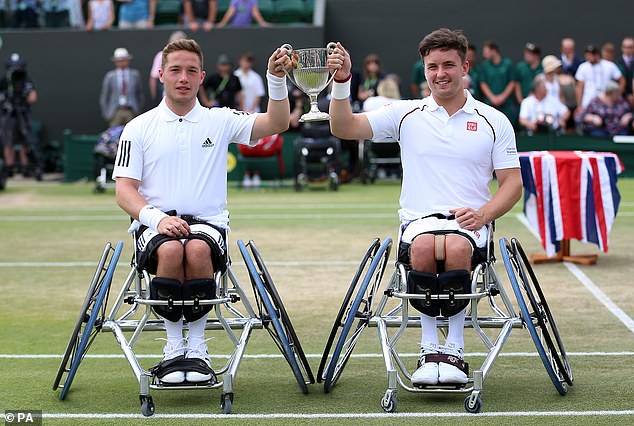 The proposed reclassification has led to a burning sense of injustice which has spurred Hewett on to new heights in the past 18 months.

He won his third French Open singles earlier this month, to go with his two US Open victories. Hewett also teamed up with British No 2 Gordon Reid to win the doubles at Roland Garros and they now have Grand Slam doubles titles as a pair.

‘This has been the best 18 months of my career,’ says Hewett, who is also targeting gold at the Paralympics in Tokyo after losing to Reid in the final at Rio 2016.

‘I’ve really tried to take it by the horns and go and get it – and that’s showed in my performances. 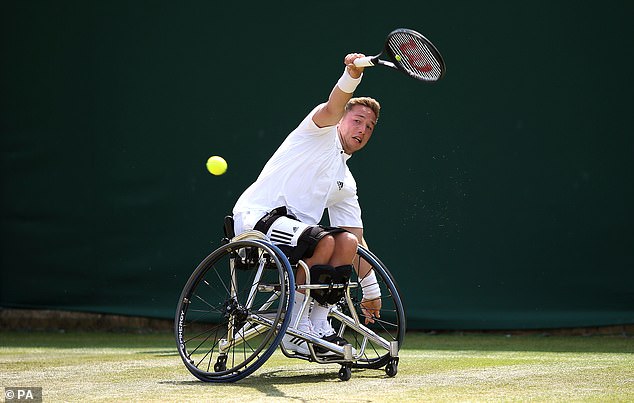 ‘The reclassification is completely out of my hands. There’s still a long way to go and a long process to happen.

‘There’s been some recent developments with an independent review that the International Tennis Federation have conducted, looking if there are ways of changing the criteria so that it’s more tennis specific.

‘The previous criteria was based on para athletics so they’ve decided to conduct research based on evidence to try and really nail this new criteria.

‘Fingers crossed from that we can all get reassessed and I would hope that the decision can be reversed. Just to get a second shot at this classification is all I can ask for.’ 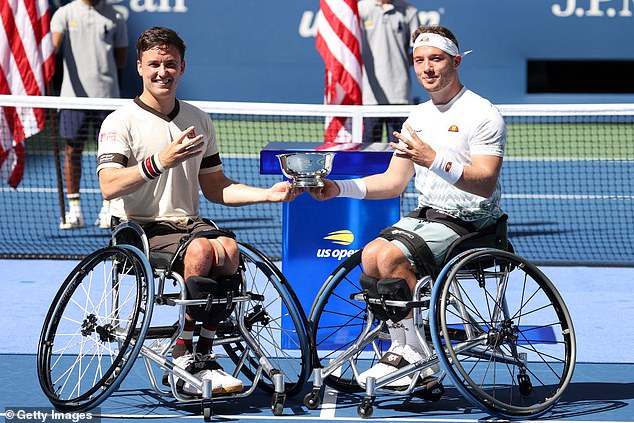 For now, Hewett just wants to savour every moment and is excited to play in front of crowds again at Wimbledon, where he is arguably Britain’s best chance of glory. Longer term, Hewett dreams of the day the wheelchair tennis finals are promoted to one of the All England Club’s top two courts – providing he is still allowed to play.

‘I’ve had some of the best memories I’ve ever had on a tennis court at Wimbledon, so knowing that there are going to be some fans, that adds to the excitement I’m already feeling,’ adds Hewett.

‘Recently, the singles final has been played on No 3 Court. I’ve never played on Centre Court or No 1 Court but that would be a dream.

‘We would love to be showcased on a court like that. A couple of Brits and a home crowd – that would be a memory to savour.’

Papa John’s is proud to be a partner of ParalympicsGB for Tokyo 2020 and has launched ‘The Grand Slam’ pizza inspired by Alfie’s favourite toppings. The We are Limitless campaign aims to shine a light on how each athlete ambassador has overcome challenges and acts as a rallying cry to raise money to support ParalympicsGB. For more details and to donate visit: www.papajohns.co.uk/paralympicsgb