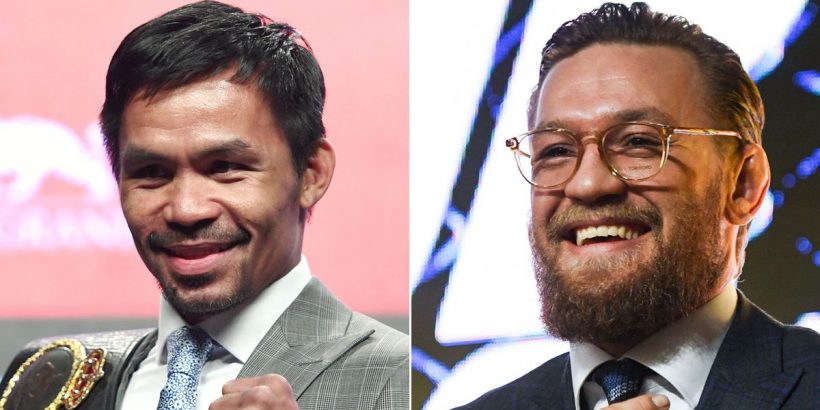 Conor McGregor is “85 to 90 per cent” certain to face Manny Pacquiao after his rematch with Dustin Poirier next weekend, says the UFC superstar’s boxing coach.

McGregor is set to lock horns with Poirier for a second time on January 23, six years after his first victory over the American.

The pair will go head-to-head in the UFC 257 headliner over on Fight Island, with McGregor a heavy favourite to prevail for a second time.

And should he claim victory over Poirier as expected, the Irishman will then turn his attention to another crossover bout against Pacquiao.

He famously ventured into boxing for a money-spinning showdown with Floyd Mayweather in 2017, which ended in a stoppage defeat.

Now McGregor is expected to tempt Mayweather’s great rival into the ring for a clash of their own in 2021, and his boxing coach Phil Sutcliffe says they have almost reached an agreement.

When asked how likely it is that McGregor will face Pacquiao next, Sutcliffe told ESPN: “85-90 per cent chance, maybe April, March.

“March, April or May. I'd like him to be in a boxing camp for at least two months, eight weeks.

“I mean, he's fit now, he's going to train straight after the fight. He's gonna take probably a week off.

McGregor has been desperate to coax Mayweather into a lucrative rematch after suffering defeat in their unusual contest. Yet Audie Attar, who manages both McGregor and Pacquiao, believes the self-proclaimed ‘Best Ever’ isn’t interested in facing him again because he knows it will end in defeat.

“I do believe Conor vs Floyd again, he beats him. I don't think Floyd ever takes it," Attar told Dubai Eye 103.8 Sport .

“Floyd's taking YouTubers for a paycheck right now. Floyd could take Manny Pacquiao in a rematch, you don't see him taking that fight.

“Floyd could take Conor McGregor for a rematch, you don't see him taking that fight.

“I think that's what he's going to do, Floyd knows he would lose if he took on either Manny Pacquiao or Conor McGregor.”