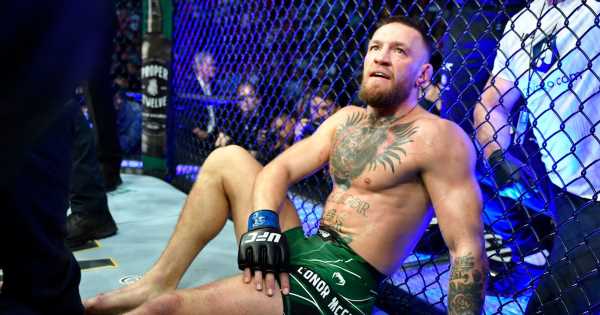 The bell that concluded the trilogy fight between Conor McGregor and Dustin Poirier hasn't appeared to squash the beef between the pair, and McGregor has once again taken aim at 'the Diamond' in now-deleted tweets.

Poirier defeated 'the Notorious One' in a dominant first round after the bout was stopped due to McGregor's broken leg.

And in the build-up to the highly-anticipated third chapter in their trilogy of clashes inside the octagon, McGregor tried to get under the skin of Poirier with family remarks.

McGregor has seemingly taken aim at his family again, in a series of – now-deleted – tweets.

"I'm a dangerous man," he tweeted after the conclusion of Sunday's bout.

And the Irishman quickly followed that tweet up with: "I'm a nasty dude, I promise you."

McGregor then shared three pictures: one of Poirier with fellow UFC fighter Mateusz Gamrot, and the American was seemingly mocking McGregor's ankle injury.

He accompanied that picture with two photos of Poirier and his daughter, each photo slowly zooming in on the pair.

What do you think of McGregor's trash talk? Let us know in the comments section

"You don’t talk like that to people, man. I hope this guy gets home safe to his beautiful family."