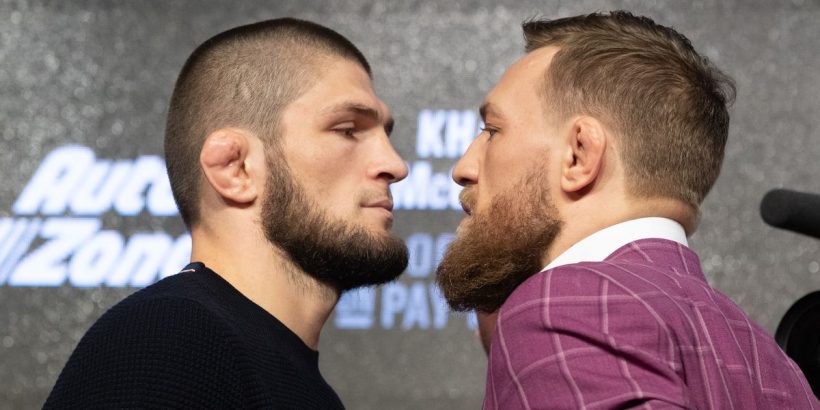 Conor McGregor has been slammed after he posted and deleted a sick tweet which appeared to mock the death of Khabib Nurmagomedov's dad late on Monday night.

McGregor has been at war with Khabib since 2018 when he lost to the Russian in the fourth round of their fight at UFC 229.

Following Dustin Poirier's victory over The Notorious at UFC 246, Khabib took aim at McGregor and tweeted: "Good always defeats evil. Very happy for Dustin Poirier. I hope you will get the [lightweight] belt end of the year."

The Irishman has remained quiet since his defeat on 11 July, but he broke that silence to make an ill-judged attack on his great foe's late father.

He tweeted: "Covid is good and father is evil?"

Khabib's father and trainer, Abdulmanap Nurmagomedov, passed away from complications relating to Covid-19 in the summer of 2020.

His son decided to retire from the octagon after defending his title against Justin Gaethje at UFC 256, revealing he had promised his mother that he would quit MMA.

McGregor has since deleted his tweet – but shocked fans have voiced their disgust at his vile words.

What did you make of Conor McGregor's Twitter outburst? Let us know in the comments section.

Another said: "I may have to cut ties with McGregor that tweet was disgusting."

Someone else added: "That McGregor tweet was way too far."

A fourth person commented: "I lost 100% respect for Connor McGregor making fun of Khabib's father dying from Covid is disgusting."

This is the second time in the last couple of months that McGregor has taken aim at Khabib.

Before his trilogy fight with Poirier at the beginning of July, The Notorious was asked about the potential for a second fight with the Dagestan brawler.

His response was unequivocal to say the least.

"I don't really give a f*** about that guy to be honest with you", McGregor told BT Sport.

"Three wins on the trot before that he pulled out of bleeding every thing.

"He had a little run and dipped out, showing his true character.

Remarkably, the two men appeared to be friends early on in their respective UFC careers, but evidently something went wrong somewhere down the line.