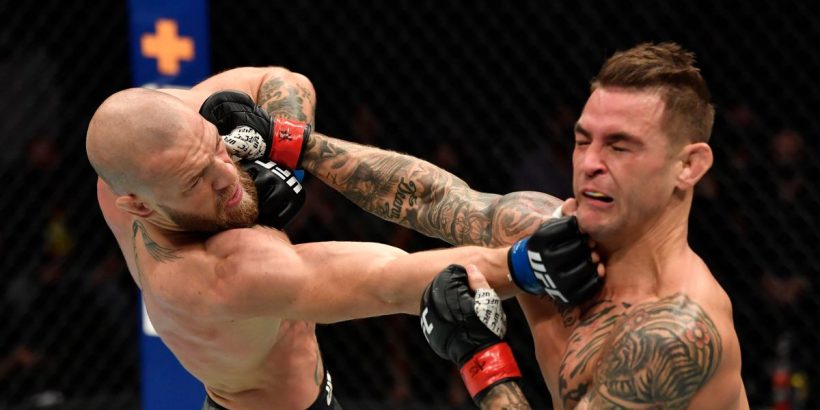 Conor McGregor has 'sorted out' his biggest problem ahead of his hotly-anticipated trilogy fight with Dustin Poirier.

McGregor and Poirier first locked horns in 2014 with Notorious emerging successful courtesy of a first round TKO.

The pair clashed again last January at UFC 257, but this time there was a different outcome.

Poirier landed a serious of brutal calf kicks on McGregor to claim victory with a second round KO.

It was the Irishman's first defeat since his return to the octagon in 2020, and after the fight he vowed to ensure a similar issue did not befall him in a third meeting with Poirier.

Coach Kavanagh believes McGregor will prove he has rectified the problem when he next meets The Diamond.

He told BT Sport: "We want to get that one back.

"We've got to figure out these friggin' calf kicks. How to use them and to defend them.

"We're pretty confident we have that sorted out now."

It wasn't all bad news on McGregor's return to the lightweight division after two years. The 32-year-old did have some success in the first round of his second battle with Poirier.

And Kavanagh was impressed by his protegee's opening salvo, commenting: "I think he looked excellent everywhere else.

"So give us a rematch and we have this. We have the rematch, I feel."

No date has yet been set for the third fight in the trilogy, which is expected to take place in July or August, but that hasn't stopped McGregor looking forward to bout.

Writing on Instagram, the Dubliner said: "One a piece now with a trilogy bout for all the marbles! Wow! Exciting!

"Not a trilogy I was expecting, nor the tactical affair I was anticipating, but I’d be lying if I said this wasn’t meant to be. This is exactly how this was always meant to be! Buzzing!!”