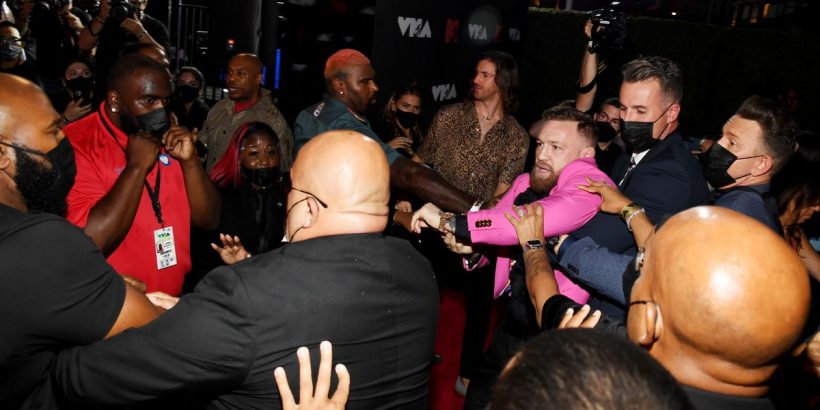 Conor McGregor has insisted that nothing happened between him and Machine Gun Kelly at last nights VMAs.

The pair were attending the ceremony at the Barclays Centre in New York when security had to separate the pair on the red carpet.

According to American outlet TMZ, the scuffle occurred when McGregor asked the musical artist for a picture, but MGK, real name Colson Baker, refused.

However, McGregor's camp have insisted that McGregor didn't approach the rapper.

And now the Notorious One has echoed those claims, when speaking to Entertainment Tonight, saying he doesn't even know who Machine Gun Kelly is.

"Nothing happened with me, I only fight real fighters, people that actually fight, you know what I mean.

"I certainly don’t fight little vanilla boy rappers. I don’t even know the guy. I don’t know anything about him, except that he’s with Megan Fox."

However, a source told Page Six: “They scuffled then it settled down and Conor went for him again.

"McGregor was ready to throw fists. Security was having trouble holding him back. Everyone was screaming."

Do you think Conor McGregor can make his UFC return? Let us know in the comments section

Machine Gun Kelly hasn't yet commented on the altercation.

McGregor is currently recovering from a sickening broken leg that he suffered at the end of the first against Dustin Poirier.